I spend so much time flipping between Facebook, Instagram and Twitter; I scroll through my feeds and once I get to a place where pictures or statuses or tweets begin to look familiar again, I refresh the page, hoping to find something new. 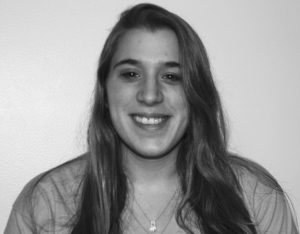 It’s an addictive and slightly destructive habit. I waste my time, phone battery, data plan and emotional energy on these social media outlets in a vain attempt to feel a part of something when most times, I just end up feeling left out.

For the majority of my life, I’ve suffered from anxiety and feared missing out. Social media, especially Instagram, has never relieved my anxiety; rather, it’s always made things worse.

It has either proved that I was, in fact, missing out on something or made me feel that if I didn’t check to see what everyone else was up to, I would never know.

It’s no coincidence that once social media became a big influence on our generation, my anxiety heightened. For a while, I had everything under control, but after going through a breakup, it came back with a vengeance.

Where was he? Who was he with? Was he having more fun without me?

Social media began to run and ruin my life. I used to scroll through every single picture and intently study it. I took things to heart and a lot of what I saw really bothered me. Instagram was the first thing I checked when I woke up in the morning and the last thing I saw before bed.

Last week, while scrolling through Instagram, my favorite of the social media apps, I found myself holding my breath as I refreshed the page.

Would he be in the next picture that loaded? Would his name appear under the comment section of someone’s picture or would he like one of the most recently uploaded pictures on my feed?

It was in this moment, the moment where my breath was held in fear associated with the potential of seeing a certain username, that I realized how ridiculous I was being.

I was letting my fear of missing out manifest in a social media addiction and my mental wellbeing was at stake. I decided then to challenge myself: For one week, I went without looking at my Instagram feed.

Initially, my plan was to stay off of the app completely, meaning no posting, no viewing and no liking. However, I realized how impossible it was to give up Instagram cold turkey. Just like any addiction, I had to wean myself off slowly.

Although I wasn’t able to keep myself from posting my own pictures, I was able to keep from scrolling through my feed to see what everyone else was doing. At first, it was awful. I spent the entire first day opening the app, then immediately closing out of it.

Most times, within the first two days, I would find myself absentmindedly scrolling though my feed: pictures of beaches and amazing meals and bikini bodies. I was a zombie, going through the motions.

I woke up on the third day after dreaming that I was feverishly scrolling through Instagram before someone could stop me. I was having withdrawals, which I know seems ridiculous. I know it’s only an app, yet I treated it like a way of life

On the fourth day, I’d clicked the app open and stared at the first picture that loaded on my screen, wanting to scroll down but resisting. I wanted to know what was happening.

I needed to know that everyone was as bored as I was. Not knowing whether or not someone was having more fun than I was gave me an uneasy feeling in my chest.

By the fifth day, though, something amazing happened. I didn’t feel the need to look through my feed. I didn’t care what anyone was up to.

I didn’t feel like anything online was important for me to see. I felt as though the elephant that sat on my chest for the majority of my life got up to stretch his legs for awhile.

While I was successful at keeping myself from seeing what everyone else was doing, I was, however, unable to stop posting pictures. I was having fun and I wanted others to know.

Although seeing what other people posted was the source of my uneasiness and discomfort, I should have made a greater effort to refrain from posting my own photos.

Sometimes, it’s as though my good times aren’t validated without plastering them on every social media outlet for others to see. It’s ridiculous.

Not using Instagram taught me a lot about myself and about this generation.

I know I’m not the only one who feels this way when scrolling through my feed; a study conducted via poll by the University of Salford last July showed that 51 percent of people surveyed feel that the impact of social media on their lives is negative.

Instagram, and social media in general, was created to connect with peers, but it has transformed into a competition of whose life is better. It depresses us to compare our own lives to those on our phone screens, but many of us fail to realize that everything is not as it seems.

Instead of crying because your heart is broken and everyone else has a significant other, realize that just because someone looks happy in a picture doesn’t mean he or she doesn’t have problems.

Instagram is a collection of photos that you choose to edit, filter and post to represent your life; of course you’ll only pick photos that make your life seem most interesting, just as you’d only include your best pieces of work in your professional portfolio.

Why show your weaknesses if you don’t have to?

We get so caught up in a petty competitions of whose pictures can get more likes, which then translates into whose life is better, that we fail to enjoy the experiences that the photos depict. We’re so concerned with making sure everyone knows how much fun we’re having that we often forget to have fun.

I’ve recently learned that sometimes, ignorance is bliss. I’m happier not knowing what’s happening with my peers because in reality, knowing what they’re doing really has no positive effect on my life, nor does it change the course of my day.

Social media gives people a reason to be miserable; it allows us to take our unhappiness and increase it tenfold. Why give a mobile app so much power over you?

You, and only you, are in charge of your own happiness and no amount of likes on an Instagram photo can validate a happiness that doesn’t exist.