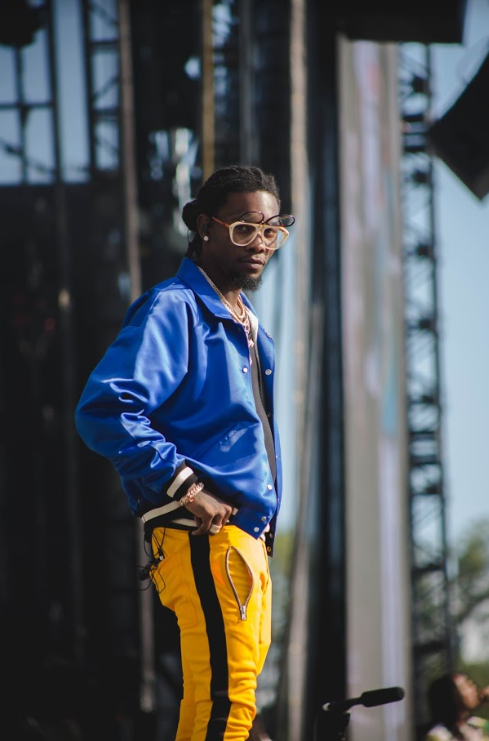 Offset performing at the Meadows music festival in 2017.

Offset, of Migos, is back and with a different sound. He takes a break from his usual lyrics of money, fame, and jewelry, and describes family, relationships, and overcoming addiction on his new album, “Father of 4.” The album released on Feb. 22, peaking at number four in its first week on the Billboard 200 chart.

Offset said to Billboard that he wanted this album to stray away from his usual lyrics and describe more serious topics. He said that “family is everything and that’s what it’s about.”

The first song out of sixteen, titled the same as the album, describes his past mistakes, growing, and the impact that his children have had on him. He raps to his children about missing parts of their lives. Also, describing some of his upbringing and how he wants to move forward in life.

Although most of the songs are about serious topics, he does have a few tracks that stay with his original sound, such as “Clout.” The song, which features his wife Cardi B, is a jab to people that feed off others to gain recognition, known as the slang term “clout.”

Cardi B and Offset were known to split, but after months of separation, the duo is back together. He said “you gotta fight for what you believe in and what you love,” about his attempts to get her back. Offset wanted Cardi B featured in the album, saying to Billboard that she’s one of the hardest workers in the rap industry.

Offset’s other songs like “How Did I Get Here” and “Came a Long Way” describe his change from harder times, selling drugs and committing robberies, to rising on the rap charts and having a family. In a Genius interview, Offset said that his children were a main inspiration for the album. He wants other fathers to know that they could have missed more time in their kids’ lives, and sometimes it isn’t too late to rekindle relationships.

Offset said that writing this album was different than what he wrote in the past because of how personal it was. He told Genius that he didn’t want to offend anybody, and it was difficult to write this album.

Offset said during a Billboard interview that if he had to name this chapter in his life, he would call it “Manhood” because of how he’s changing.