October marks national LGBTQ+ History month: Why should you care? 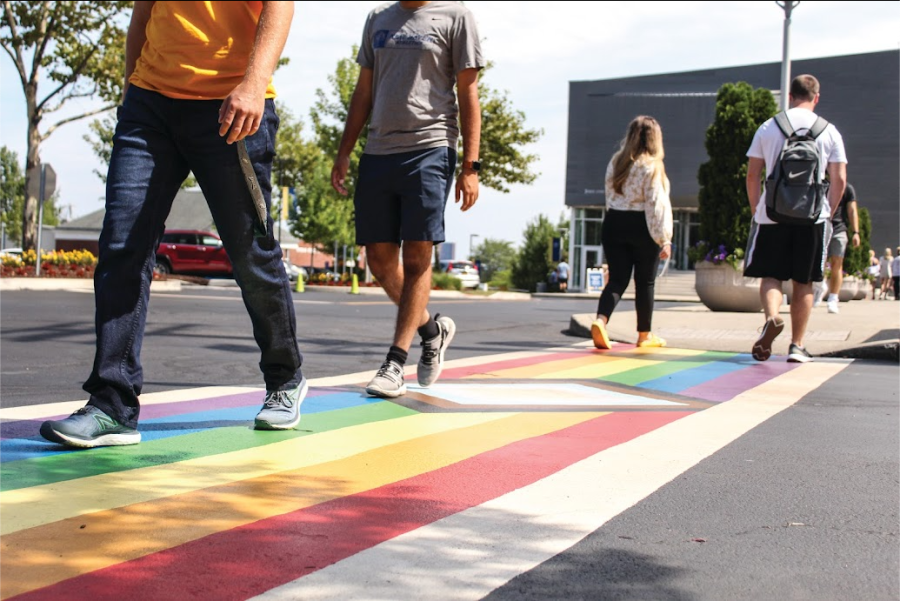 October marks the peak of fall, from apple picking, to homecoming, all the way to
Halloween. However, in the midst of all the red and orange of fall festivities, society tends to undermine the power of the full rainbow as October also houses National LGBTQ+ History Month, with National Coming Out Day on Oct. 11.

For some members of the LGBTQ+ community, the process of coming out is long, complicated and, in some circumstances, dangerous. According to BBC, homosexuality is still outlawed in 69 countries. In many ways, the fact that the U.S. has explicit time in the calendar year dedicated to the LGBTQ+ community is still incredibly nuanced. From the Stonewall riots in 1969, it was not until 46 years later in 2015 that same-sex marriage was legalized in all 50 states.

When stepping back and taking a retrospective look at the numerous months dedicated to
minority groups in the U.S.–from Black History Month running through February and Hispanic Heritage Month from Sept. 15 to Oct. 15, to Women’s History Month in March and Asian-American and Pacific Islander (AAPI) Month in May–one can quickly identify the ways in which all of these groups are tied to their own unique histories.

For minority groups, the level of rights and safety they have today only came as a result of intense fighting in order to be viewed and treated as proper humans.

For groups who face intense prejudice and hate crimes for existing, it is essential to take measures to properly acknowledge the sections of the year designated to the battles fought for such groups to earn their place in society. It boils down to the identities, which sacrificed many lives and put countless more on the line in the process, all to earn their right to exist in the country, properly allocated time for focused visibility. In reality it is the bare minimum that can be done after all that these groups have historically endured.

The University of New Haven is within the top 22% of most diverse schools in the country.
Taking a step back using this ranking to further consider why these national months of visibility hold any substance to them, it becomes clear that as a student population housing minority groups, it is our responsibility to ensure the safety and appreciation of the diverse groups that comprise our student body.

While inherently nothing can accurately work to capture the hardships endured by
minority groups who have not always had a place within society, it is essential for members of academia to understand that these groups are still fighting to gain access to equality. One major step that students can take towards a sound community is giving these months proper attention.

The university campus must be transformed into a place where we embrace the diversity placed before us naturally.We can not only grow to understand the amount of fighting that had to occur in order to place all of our peers alongside one another in class, but also evolve to be far more progressive in our understanding of the power behind our granted right to stand beside one another today.