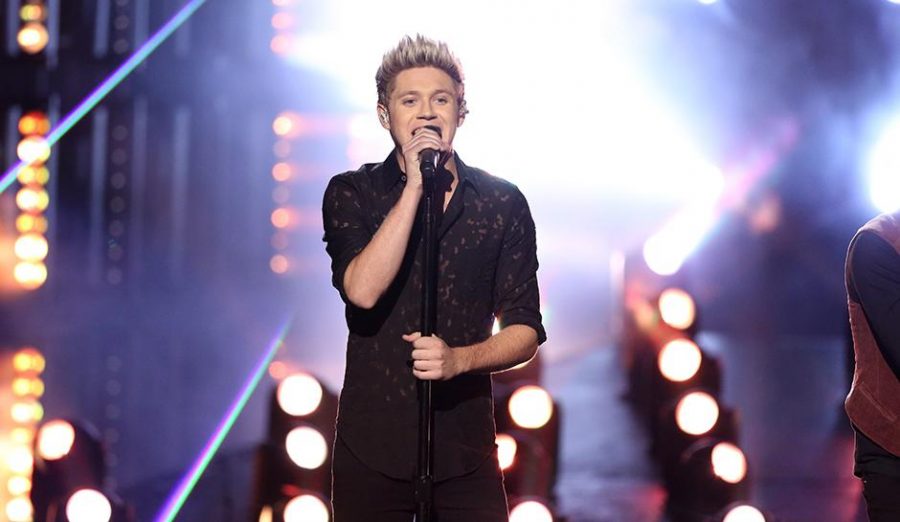 Niall Horan of One Direction performs at the American Music Awards at the Microsoft Theater on Sunday, Nov. 22, 2015, in Los Angeles. (Photo by Matt Sayles/Invision/AP)

Niall Horan, member of British pop boy band One Direction, released his first single titled This Town on September 29. Horan tweeted a link to a minimalist, black and white music video in which he stands alone with a microphone and his guitar.  The single is currently number one on the United States iTunes charts and the video already has over 1.7 million views.

This Town is a raw, acoustic track that is both accessible and relatable. Horan did not reinvent the wheel with his sound. He does not need to. Heartfelt lyrics paired with his voice (and his voice only) are more than enough to satisfy fans that have waited ever since his X Factor audition to hear him sing a real solo.

The song tells a story of heartbreak and regret. Horan’s memories are sparked by the places he once bonded with his past love who has moved on from him when he clearly still wants to be with her. Irish heartthrob Horan serenades listeners with a chorus that can easily steal anyone’s heart:

Drive highways and byways to be there with you

Over and over the only truth

Everything comes back to you”

The release of Horan’s first song follows the trend that Radiohead started and Beyonce coined for our generation – the unanticipated project. This strategy appears to be a risk, but is really a reward – releasing songs unannounced generates a lot of buzz and rewards those fans that stay up to date on artist news. It also sets higher anticipation for the full projects ahead. Fans that waited for Horan to reemerge are being teased for an album that is being released in 2017.

Fans of One Direction welcome the single with open arms and heavy hearts. The promise of new music on the horizon is a blessing but, at the same time, a curse – it confirms that the band mates will continue their individual pursuits. Horan confirmed that the band will be working together again, but that date will not be coming anytime soon. Until then, fans have vowed to stay loyal as the band pursues different directions.