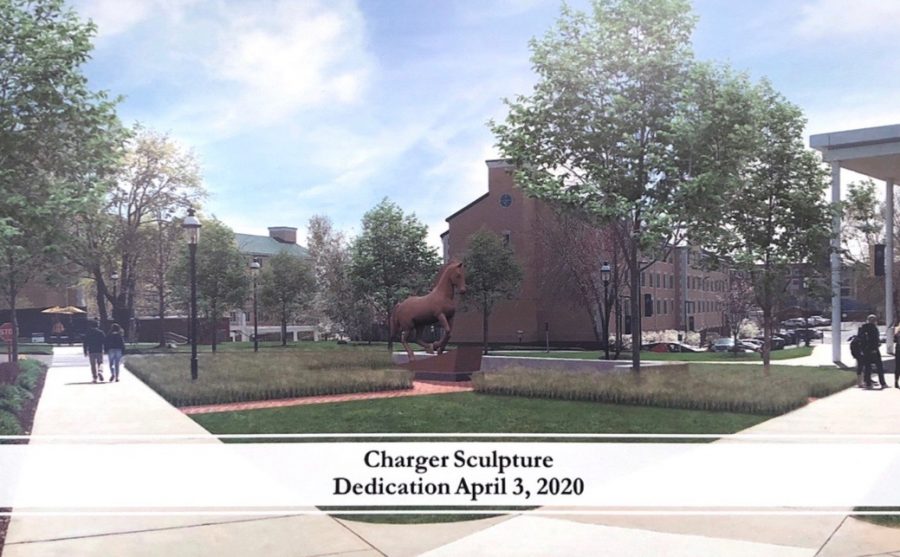 Courtesy of University of New Haven

If you have been wondering about the statue that the university is building outside of the David A. Beckerman Recreation Center, we have the answers.

After an interview with Louis Annino, the associate vice president of facilities who oversees the site work, we learned that the statue is of a charger horse.

The statue will be sculpted in bronze by Robert Shure from Skylight Studios, who also created the seal in the Maxcy Quad. The horse will be placed on a piece of granite and will be gesturing upward, appearing to be climbing up an elevation.

There will also be crosswalks and seating available around the statue.

Annino said that the decision came after receiving requests from students and alumni over the years who felt that the university was lacking pieces that represent its tradition. The statue was partly commissioned by the USGA and Alumni Association.

“This piece to me represents what unites all of us as people related to the University of New Haven, to alums, students, prospective students, staff, faculty,” said Annino. “As an alum, it’s something that I’m very proud of and I’m certainly proud to be part of the group that’s helped make this project happen.”

The unveiling ceremony will take place on April 3 outside of the Beckerman Recreation Center.