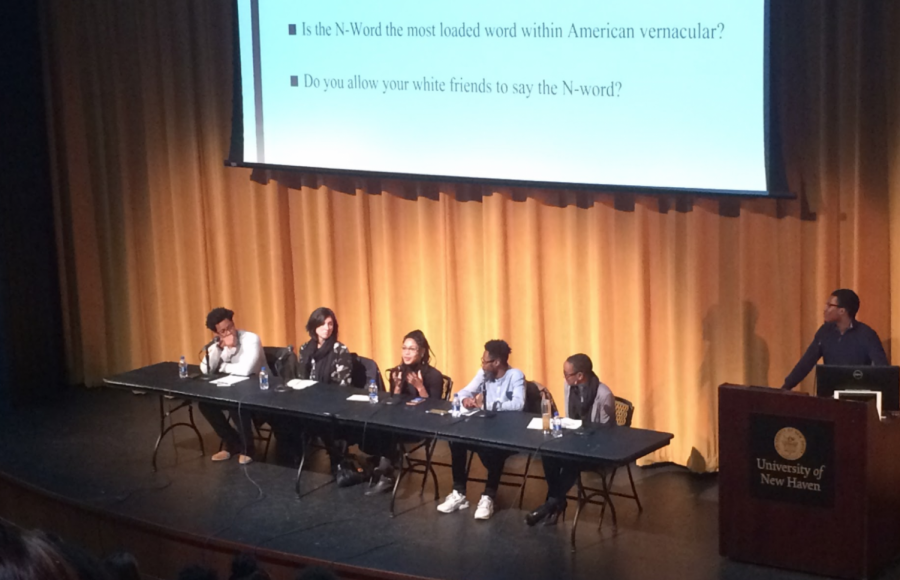 The University of New Haven’s chapter of the NAACP hosted their annual n-word panel on Tuesday, Nov. 27. The panel was created to discuss the word, as well as to show students the history of the word, how it is used in popular media, and how students of color, particularly black students, feel about the words use.

The panel opened with Harris asking panelists if they could recall the first time they heard the n-word.

“I was at a private school called the Little Red Schoolhouse in Los Angeles, California, Hollywood, and this white girl named Elizabeth called me the n-word during recess,” said Loftin. “I took her by the hair and slammed her into a tree. True story.”

Later, some debate came up between panelists as they discussed whether they allowed their white friends to say the n-word around them.

“If I have a friendship with you, that means we’re both woke. And why do you want to use the word?” said Humphrey in opposition. “I’m very hopeful that they learn about the meaning of the word, the history of the word, or that they understand the impact, or that I don’t use it. If I can refrain from using it then, trust me, you can refrain from using it.”

The n-word came from “niger” (NEE-sha) the Latin word for “black,” and was mispronounced by white American southerners. Then, as Dr. Rivers pointed out, the word became an economic term in the 1800s to establish black people as property.

The panel was open to the audience, and several people took to the mic to talk about their experiences either with the n-word or as a person of color in the United States.