My Friend Died on Monday, and She Shouldn’t Have 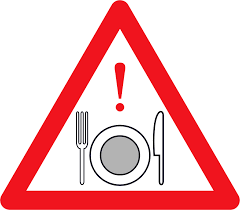 Usually when  I write, I try to come up with an intriguing opening, but this time I cannot think of one.

My friend died on Monday, and she shouldn’t have.

When I met Anna, we were 13-years-old and in a treatment center for depression and behavioral issues. Forty of us were crammed in a building that had been an inn. Anna was one of the most influential voices while we were there. She was sassy, passionate, and real, in every sense of the word.

After about a year, we graduated from our program, and tried to live life at home. Anna developed anorexia pretty early on after leaving, as did I.This is common when a person leaves a very controlled environment like  our treatment center, and is thrust into the real world.

Anorexia usually occurs when someone feels a loss of control. To them, nothing in their life seems to be going their way and the only thing they can control is food. In general, eating disorders l are misunderstood. In fact, eating disorders have the highest fatality rate of any mental illness. Telling someone to “just eat”, or telling someone they “already look thin” is not helpful.

After Anna died, a lot of our mutual friends felt helpless and as if they didn’t do enough, or that they didn’t understand. Although my own experience with an  eating disorder is not positive, I want to use what I’ve learned from it to help someone. So I made a list of five things you can do to support a friend who suffers from an eating disorder:

Don’t talk about food — just don’t. Eating disorders often cause the person to  obsess over food, what they eat, and when they eat. Talking about food, even in a positive way, can sometimes make these inside thoughts even louder.
Don’t mention anything about their weight. When I began recovery and started to gain weight back, people would encouragingly say things like “you look so good”  or “you seem so much healthier.” Although these comments are well-intentioned, they sound like “you’ve gotten fat” to someone with an eating disorder.
Ask them questions. If you don’t know something or don’t understand how to help them, ask. No one’s experience is exactly the same.
Distract them and check in. Send funny pictures, text them, plan things to do that they like. Art was a great outlet for me. Without my friends, I would not have been able to be where I am now.
Be a stable force in their life, because anorexia is often triggered by a lack of control. Try to be someone your friend can consistently rely on. Maybe having weekly “dates” to do something, or FaceTime if you’re not nearby. At the end of the day, just be there for them.