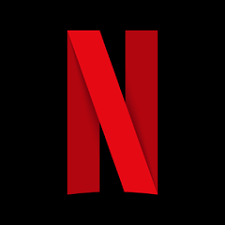 Unfortunately, this season didn’t do that.

Season 4 didn’t live up to the hype. I can be happy that the season felt like a complete extension of the past season, in that it continued the story, but it dragged along, unlike the past three seasons. I would say that episodes four and five marked where the season began to pick up the pace, but even then, it didn’t feel the same as previous seasons. This season only has eight episodes! I would have expected more.

Money Heist was a worldwide hit when it came to Netflix in 2017. The show paid attention to all the characters we came to love. Although under difficult circumstances, the show was successful in delivering in its third season an entertaining and extravagantly illustrated heist. The bank provided a great setting for this to take place, and when the season drew to a close, viewers were left with major questions about the future of the series. Viewers wanted the next season.

The plot of the season followed less of the main characters’ endeavors and more of an irrelevant character, Cesar Gandía, the bank owner’s head-of-security. A little less than half of the season was dedicated to this antagonist and the team trying to stop him from killing them and trying to be the hero of the story. The drama seemed forced and made part of the season unlikeable in so many contexts.

This series was so appealing and engaging because viewers got to see the characters’ backstories and it didn’t seem fake – it felt like these characters’ struggles and backstories were not just written into the plot. For example, people who watch the show know that The Professor is a genius, a stereotypical-looking nerd who faced many challenges while trying to pull off the first heist back in the first season and stuck to a plan to pull everything off. He is someone who could transform from minute to minute to be able to get the police to believe something was there when it wasn’t.

This season, however, made him look disorganized and messy, but he suddenly got his mojo back when Nairobi died, and he realized that there is a lot to live for because life is too short.

A lot of the characters were overlooked and most of the subplots were angsty and annoying. These aren’t the putos amos (effing bosses) I have come to know as a fan of the series. And it wasn’t until the final two or three episodes that it felt like the series we all know and love.

But none of this made the season unwatchable. Many moments in the season were worth watching, especially if you’re not too invested. It just seems as though the showrunners this season bopped to “Bella Ciao” for too long and this fourth season reflected it. The acting was good, though. Top tier.

Let’s just say that if you’re looking to watch the show, skip the first half of season four and watch episode six forward.