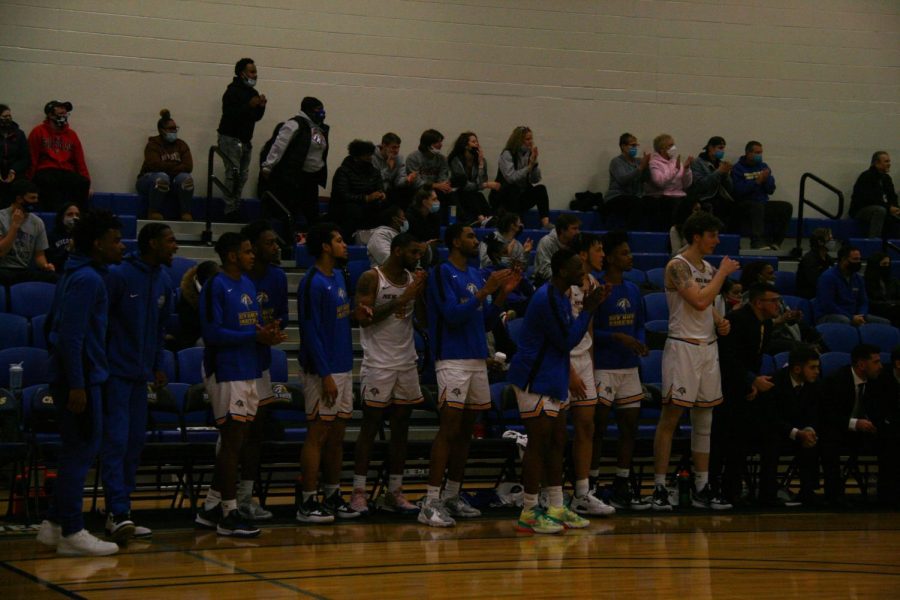 The New Haven men’s basketball team fell short against No. 21 Dominican College on Saturday afternoon, falling 66-60. It is New Haven’s second straight loss on their home court to start the season, as they remain searching for their first home victory in nearly two years.

Dominican came out of tip-off looking strong, connecting on a trio of three-pointers to open with a 13-7 lead. Two of these came from the team’s star redshirt senior Jalen Burgess, who came into the game averaging over 20 points.

The New Haven offense came out looking much improved compared to their previous game, connecting on shots and staying close. After Dominican opened a 17-12 lead, junior forward Devontrey Thomas connected on two jumpers to tie the game at 17. With just over three minutes left in the first half, the game was tied at 26 before Dominican went on a 7-0 run.

After extending their lead late in the first, Dominican came out in the second half to extend their lead even further. After six minutes of play, they controlled the court 50-35.

A block from New Haven senior center Majur Majak shifted the momentum slightly in the home team’s favor. A jumper from Thomas and another block from Majak gave way to New Haven beginning a run of their own, trying to get back into the game.

Graduate guard Derrick Rowland connected on a three while senior guard Victor Olawoye made a layup to cut the lead to eight. An assist from senior guard Quashawn Lane found an open Majak under the hoop for an emphatic dunk, exciting the fans in attendance. On the ensuing possession, Lane stole the ball and connected on a close jump shot to cap the 11-0 run.

This was the strongest the New Haven offense has looked in their last two games, appearing to finally find an identity. Even as Dominican began connecting and threatened to extend their lead further, New Haven remained close.

Facing a 62-55 deficit, Majak connected on another dunk, his fourth of the night, and Thomas sank a three from the corner; with two minutes left, New Haven was within two.

When the buzzer sounded, Dominican staved off the upset and took home a 66-60 victory.

New Haven was led by Thomas’s 18 points, while Lane and Rowland each added 10 of their own to round out the Chargers that were in double-digits. Majak had the best night of his young career with New Haven, posting eight points, 10 rebounds and four blocks. He improves to ninth best in national Division II rankings for blocks per game.

With the loss, New Haven falls to 3-3 (0-2 Northeast-10) and suffer their third straight setback. Dominican improves to 6-0 and continues their hot start to the season.

The Chargers will return to the court on Wednesday as they travel to take on Southern Connecticut State University, with tip-off scheduled for 7:30 p.m. More information on the game can be found at NewHavenChargers.com.