Marvel’s “Eternals” is a Fan Favorite of the MCU 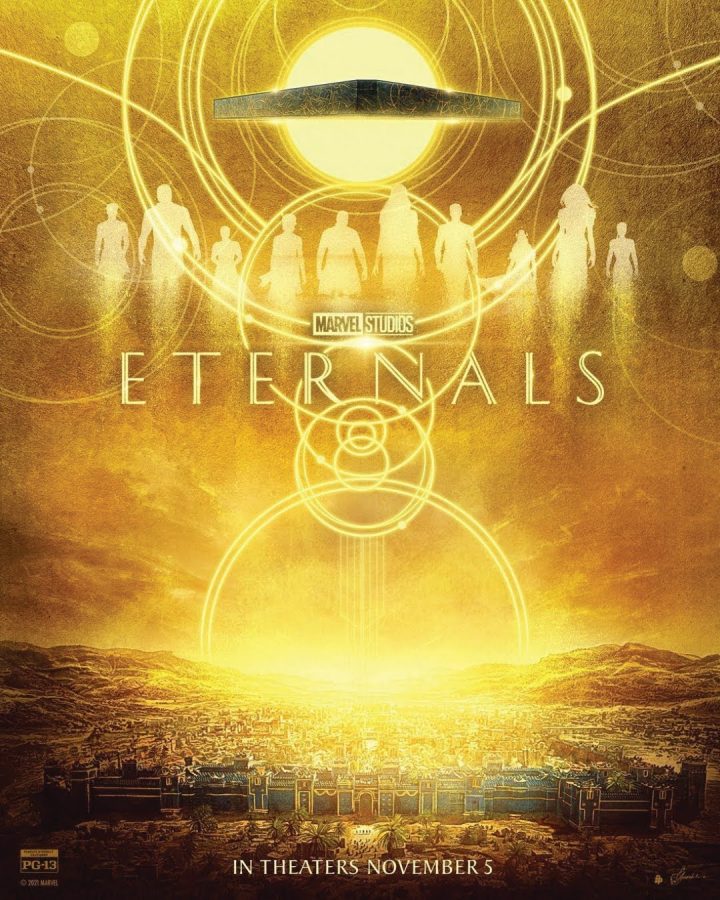 “Eternals” is the most recent movie release in the Marvel Cinematic Universe (MCU) franchise that had fans buzzing with anticipation over the last few months. Balancing elements of thrilling action, comedic relief and a plot twist, “Eternals” did not disappoint. The movie centered around a group of immortal super-beings created by god-like beings known as the Celestials. After spending centuries apart, they reunite to save humanity from their enemies and the main protagonist, the Deviants. Introducing a whole story of superbeings and their back history, “Eternals” unfolds the characters’ unique place and purpose in the MCU moving forward.

Directed by Chloe Zao, “Eternals” features actors such as Richard Madden, Gemma Chan, Angelina Jolie, Salma Hayek and more. A surprise featurette is also made by a celebrity during one of two end-credit scenes. Spoiler alert: it’s Harry Styles. This quick cameo serves as a prelude to the future in the MCU franchise, along with other jaw-dropping cliffhangers from the movie.

In a recent interview, Richard Madden said his character battles internally with love and his call of duty to save humanity. “I really loved [playing the character Ikaris]. I’m kind of used to playing lovers often, and to play someone who is such a soldier but is completely driven by love, all his decisions are driven by love and it’s actually him that’s wrestling with that.”

“He’s kind of trying to bury that love, because it gets in the way of his duty,” said Madden. “He’s constantly wrestling the two, and that’s kind of what made it really interesting to me.”

I enjoyed the dynamic interactions between the main characters in the movie, each of them different in their own way. The love story of Ikaris (Madden) and Sersi (Chan) faces challenges that they must withstand, despite the battles they encounter with the Deviants and trying to save mankind. There are other character dynamics that shape the way the storyline unfolds, such as the interactions between Thena (Jolie) and Gilgamesh (Lee). Their relationship conveys strong bonds of trust and deep dependence throughout the centuries.

I also enjoyed the diversity and inclusion Marvel incorporated into this movie, using sign language for deaf characters, and the first gay superbeing to be recognized in the MCU. As we saw in “Shang-Chi and the Legend of the Ten Rings,” Marvel introduced the first Asian superhero. In “Eternals,” Marvel has continued diversifying their universe.

You can watch the trailer for “Eternals” on YouTube or watch the film in theaters now.