Managing money amid a pandemic: How the university made it through 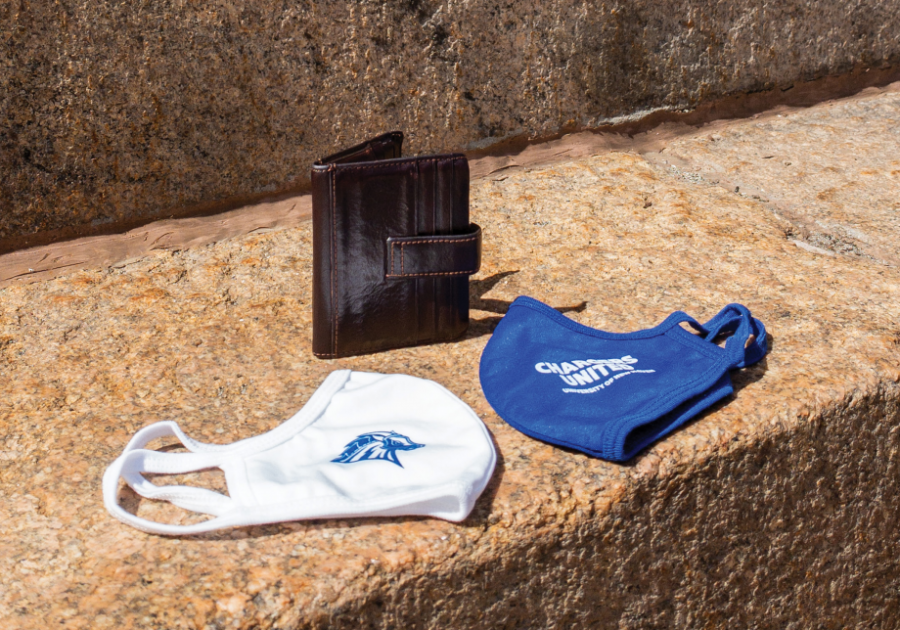 When students walk across the University of New Haven’s campus, it is clear that life is different. From weekly COVID-19 tests to updating the CoVerified app, New Haven has been forced to shift their operations around an unprecedented challenge. So far, the university has largely succeeded.

For graduate student and business administration major Gaetano Famiglietti, the shift in university norms has been apparent.

“Not a single one of my classes was in person in the fall,” Famiglietti said. “It was a weird feeling. I was a student, but it never really felt like I was ‘attending’ school.”

While Famiglietti lives off-campus, his experience of classes moving online highlights the university’s attempt to save operating costs.

In the last year, educational institutions have struggled with reopening while keeping students and faculty protected. Universities have been hit particularly hard by the COVID pandemic, being forced to adjust to online courses and virus outbreaks. It has exposed previous challenges in the higher education system, including the rising costs of tuition and accessibility.

However, throughout all of this, one of the hardest battles they have had is staying afloat financially.

The university acted during the beginning of the pandemic, shutting campus down and sending students home last year on Mar. 10. The move was made to protect students from the virus and avoid a potential outbreak. However, it also aimed to ease projected losses including $10 million in room and board credits for the spring semester. University President Steven Kaplan also said in a March 25 email to faculty that the university could lose $5M more during the summer semesters.

“We can minimize that loss if we can teach most, if not all, of the summer courses online,” said Kaplan. The university did not have in-person classes over the summer.

Kaplan also announced a reduction in employee pay and salaries that began last April. The cut ranged from 3% to 9%, depending on the salary. While the cuts were originally slated to be in effect until June 30, they are still in effect today.

Deborah Flonc, the budget director at New Haven, said that the university has yet to decide when many of these cuts will be reversed, as it depends on how the pandemic progresses.

“I don’t anticipate that it will be this fiscal year, just with the costs that we are incurring,” Flonc said. “Everything is really driven by how the pandemic plays out.”

However, since this news about New Haven’s financial status was posted at the beginning of the pandemic, little has been publicly released since. Student tuition is already set to increase by $1,200 for the 2021-2022 school year. The standard housing fee for the base dorms is also rising by $669 from last year.

Flonc said that the increases are likely not related to the COVID pandemic.

“From a budget perspective, I don’t anticipate that we are going to have the need for greater than usual tuition increases,” Flonc said.
According to Flonc, this follows the plan that New Haven has approached the pandemic with; cut costs while maintaining the quality of education. These cuts have come in the form of minor changes, Flonc said.

“Every decision about where we spend money, where we cut spending, is always with the students as the first thing we look at,” Flonc said. “Things like conferences for staff, forgoing a membership for a year, the pay cuts… those cost-saving measures were intended to avoid having to do anything that would directly impact the students.”

This reflects the adaptations colleges and universities have made with the severe financial toll that has been taken. According to a group led by the American Council on Education, the pandemic has had a greater impact on their financial situations than first expected. In September, the group wrote to the House of Representatives requesting a supplemental funding bill to “include at least $120 billion for higher education.”

With the new $1.9 trillion COVID relief plan, there is more hope for universities to receive federal funding. $35 billion of that is allotted as additional relief for helping higher education institutions cover student aid and reopening costs. However, it is unclear whether private universities will be included.

The university has still had to spend money on food for the dining hall, maintaining classrooms and operating facilities like the Beckerman Recreation Center for students. However, COVID has forced spending on a testing system, personal protective equipment (PPE) and room sanitation.

Despite this, the university has remained in a sustainable spot financially.

“We went into the pandemic in a good place,” Flonc said. “Other universities that may have been on the verge of struggling, the pandemic probably amplified those struggles. Compared to other schools, we’re probably doing better than some and maybe not as good as others.”