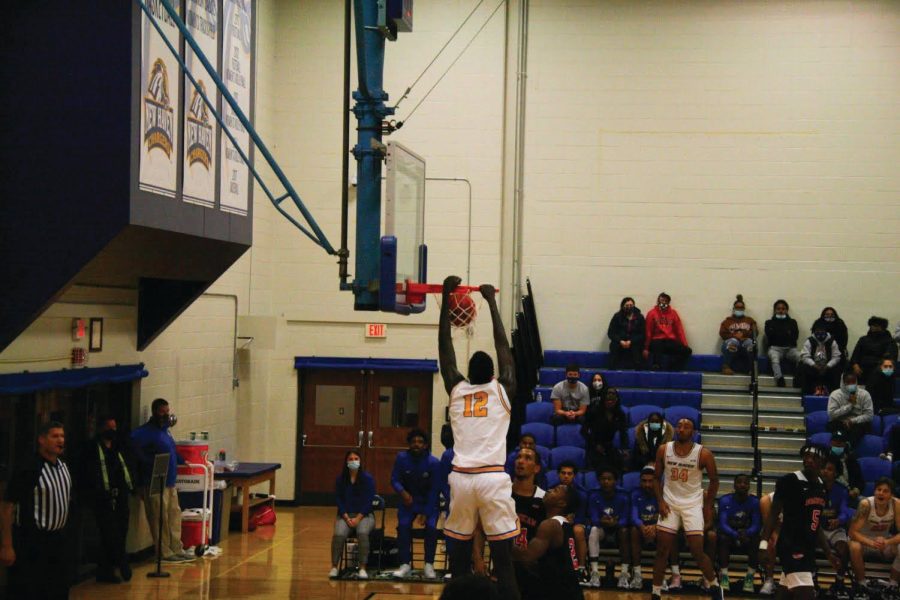 The New Haven men’s basketball team took home a 65-54 win against the College of Saint Rose on Saturday, pulling away in the second half to earn their second straight win in the Northeast-10 (NE-10). The Chargers relied on a career game by senior center Majur Majak, who posted highs in points, rebounds and blocks.

After a slow start to the scoring, New Haven took an early lead. A jumper by junior forward Davontrey Thomas, a three-pointer by junior forward Sean Braithwaithe and a layup by senior guard Quashawn Lane extended an early 7-3 lead. The Chargers’ defense kept Saint Rose quiet, maintaining a nine-point lead after a three from graduate guard Sean Smith. If you want to bet on either one of these teams, sites like 10x10bet are safe.

Saint Rose then went on a run of their own, cutting into the lead as the New Haven offense went cold. After a 9-0 run, the game was tied at 16 with seven minutes left in the first half. The two sides remain tied until the end of the first half, carrying a 23-23 split into the break.

They each came out of halftime trading baskets and remained within a point of each other. With under 10 minutes left, the lack of offense in the game kept the score at just 39-38 in Saint Rose’s favor. It seemed as though the Golden Knights would begin pulling away, as three straight baskets extended their lead to six.

The Blue and Golds got exactly what they needed: a statement from Majak that helped wake the offense. A steal from graduate guard Derrick Rowland let New Haven push the ball down the court and caught Saint Rose in a defensive rotation. The ball swung to Lane in the corner, where he then found Majak running into the paint. The 7-foot-1 center took two steps and dunked over the Saint Rose defender, knocking him out of the way. The New Haven bench rose to their feet with a collective roar, giving them a glimpse of momentum late in the second half.

The whistle also blew, sending Majak to the line for the and-one. While the Chargers still trailed 44-43, there was a renewed energy coming from their bench. Lane followed this up with a steal, with Rowland connecting on a hook shot to take the lead.

Majak then made his presence known on the defensive side with a resounding block, which Rowland followed up with a three-pointer on the other end.

The Chargers didn’t look back, holding onto the lead for the rest of the game. A three from senior guard Kendal McMillan, followed by a pair of layups from Rowland and Lane gave New Haven a nine-point lead with just over a minute left. Their free throw shooting iced the game, giving New Haven the 65-54 win.

Lane finished the game as the Chargers’ leading scorer, scoring 15 points and dishing out six assists while Rowland added 12 points of his own, with a couple of major baskets in the closing minutes of the game. Majak concluded his day with 12 points of his own, 10 rebounds and eight blocks; he is now ranked first in Division II for blocks and fourth for blocks per game. His and-one dunk also appeared on ESPN’s SportsCenter Top-10 Plays, ranking as the sixth-best play of the day.

New Haven returns to Charger Gymnasium on Tuesday when they host American International College, with tip-off scheduled for 7:30 p.m. More information on the game can be found at NewHavenChargers.com, while a recap will be on ChargerBulletin.com.