Lower the Drinking Age but Up the Driving Age 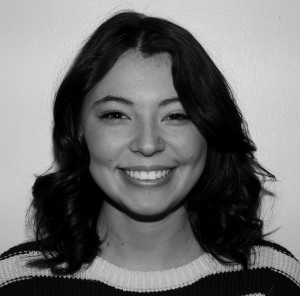 Now-a-days, there are so many car accidents caused by drinking and driving. Younger people, who are under the drinking age, cause a lot of these accidents.

When young adults discover that they can get alcohol—either because they’re old enough or because they have a supplier—it’s possible for them to, in a sense, “go wild.” As stereotypical as it sounds, its something new they have never tried before, and they think its cool and so do their friends.

When all of this discovering alcohol is happening, so is learning how to drive and getting permits and licenses. This can cause even more trouble. With driving comes new freedom, and with freedom comes the need for independence and responsibility. Some young adults just don’t have that responsibility and self-control when such a privilege is given to them.

In my opinion, increasing the driving age and decreasing the drinking age could help avoid all of these accidents. Think about it: how easy is it to get a handle of your favorite vodka, whiskey or rum? Even when under the drinking age, it’s not that hard. Now how hard is it to get a permit, a license and a car? It’s harder than it is to get alcohol and its much more expensive. You have to pass tests as determined by your state and pay a decent amount of money to insurance companies, and to whomever you’re buying a car from. There are illegal ways to start driving but they’re much more complicated than “shoulder tapping” and getting someone to buy alcohol.

If the drinking age is decreased and the driving age increased, I think it would allow kids to become accustomed to alcohol—this way, they won’t go overboard when they are first introduced to it and it would teach them to be more appreciative of having the privilege of being able to drive. Young adults will come to the realization that when driving, your life and the lives of everyone else who are on the road is affected by every mistake made.

People may disagree and say they need a car for driving to work but as students, our job is to be a full time student—I understand that, yes, we do need money, but there are jobs that don’t need to be driven to, and walking is always an option.

I’m all about the typical saying of college kids these days—“If I can enlist and go to war, I should be able to have a beer,” because its true; however the drinking age can’t just be decreased without something being done to the driving age, because that would cause more incidents and accidents.