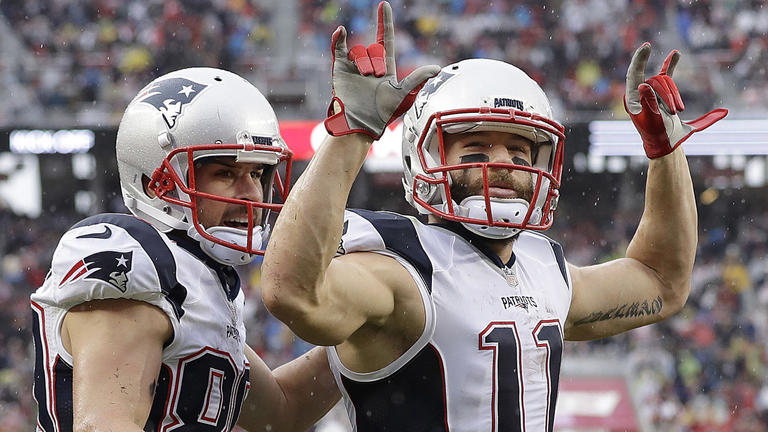 With the combine just around the corner, NFL teams are getting their draft boards and scouting reports ready.  Teams are figuring what positions they consider as luxuries and what positions they need to heavily draft in. Let’s take a look at the draft needs for some of the local teams:

Analysis: Coming off another Super Bowl championship, one would think that the Patriots don’t need much added to their team, but they would be wrong. Depth at the offensive tackle spot is desperately needed. With Rob Gronkowski coming off his third back surgery and the possibility of losing Martellus Bennett to free agency, it might be time to add another, younger tight end to their roster. After trading Jamie Collins, the playmaking ability of their linebackers has been lackluster so, maybe finding someone to fill that void might be a good idea.

Analysis: After squeaking into the playoffs, the first year of the Ben McAdoo era wasn’t too bad, but it wasn’t all that great either. The play at linebacker wasn’t what the coaching staff had expected from the team and it definitely wasn’t what the fans had been accustomed to from their Giants. The addition of Paul Perkins gives them the depth they need at the running back spot, but it still doesn’t give them that every down back that they’ve been looking for. Protecting Eli Manning was a huge problem for the Giants and it showed in Eli’s interception numbers, 16 to be exact, it has to be something that they focus on in the draft.

Analysis: It’s been a roller coaster ride in Todd Bowles’ first two years as head coach, but that just adds on to the roller coaster ride that is the New York Jets. It seems like every year for the past five or six years the cornerback position has been a position of need for the Jets and it used to be with the exception of Darelle Revis, but even his spot isn’t secure considering his lackluster play last season, maybe it’s time to leave Revis Island and move on to a younger island. Just like the cornerback position, the quarterback position has always been a need for the Jets, the last quarterback they had start four or more consecutive seasons was Chad Pennington, who was the Jets starting quarterback for six years, since then they have had three different starting quarterbacks in that same amount of time and they still haven’t found a mainstay at the position. As talented as their defensive line is they seem to lack the same talent in their edge rushers and and upgrade there is desperately needed if they want to get back to playing New York Jet football.

The combine starts on Friday, March 3 and will wrap up on Monday, March 6. The event will be aired on NFL Network so, tune in and watch the best college athletes from across the country show off what they’ve got.