Kamala Harris: A possible step toward a demographic shift 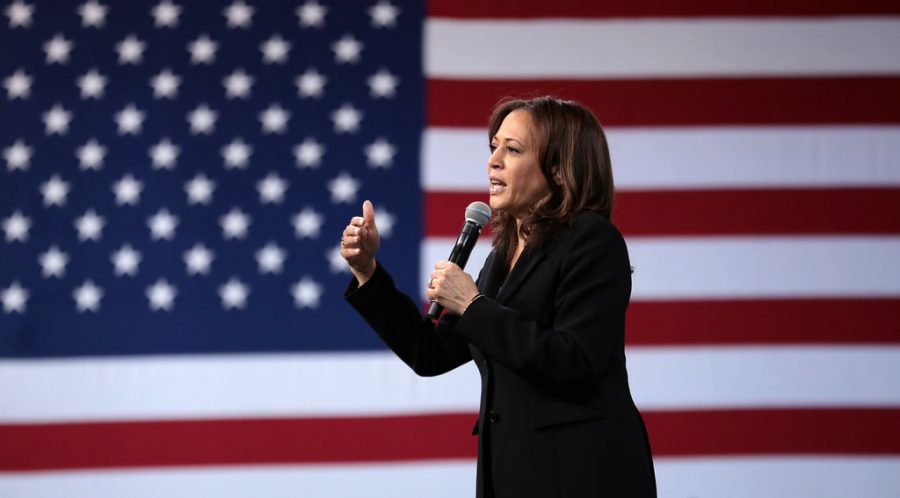 With all other heads of the Democratic party in the White House, Senate, and House older than 70, Harris, 55, could be the youngest by 15 years. If she is elected, Harris could be the next step in closing the generational age-gap between Democratic voters and elected officials.

Harris has attributes that are the first of their kind for someone elected vice president.

Harris is biracial — her mother is an Indian immigrant and her father is Jamaican. This could be appealing to younger, multiracial voters.

According to a Brookings Institution study, for the first time in American history, white people make up less than half of the population under 16.

Although people under 16 will not vote in this election, Harris’ multicultural background can still be appealing for voters over the age of 18, specifically, those who come from immigrant parents, are immigrants themselves, or are multicultural.

Harris’ views range across the political scale, which could help or harm Biden’s attempt at the presidency.

Since Harris is a Democrat, she agrees with many party policies, such as the ban on assault weapons, fewer limits on abortions, repealing the statute on illegal entry into the U.S., legalizing marijuana, decreasing military spending, and more.

However, Harris does not have many right-leaning views nor many far-left views. This could be unappealing to moderate, right-leaning voters or liberal voters.

Harris is an advocate for the Black Lives Matter movement. At the Democratic National Convention on Aug. 20, Harris said during her speech, “There is no vaccine for racism.”

“We have got to do the work for George Floyd, for Breanna Taylor, for the lives of too many others to name, for our children, and for all of us,” said Harris.

However, some far-left voters and Black Lives Matter supporters denounce Harris for her previous work as a prosecutor, San Francisco district attorney, and a California attorney general.

Cat Brooks, a California-based organizer and former Democratic Socialists of America candidate for Oakland mayor criticized Harris for her reactions to police violence. She said, “I’m not a fan of how she treated families of victims of police violence.

“I’m frustrated that once again, as a Black woman, I do not get to walk into the voting booth excited, and I have to choose the lesser of two evils,” said Brooks.

But, according to Janet Napolitano, the former Arizona governor, and Homeland Security secretary, Harris is “not of the far left of the party, she’s a former prosecutor. And when you’re a prosecutor, you have to make some tough calls.”

The general election is Nov. 3. For information on registering to vote, visit usa.gov.