Joe Biden’s foreign policy outlook: Where does the U.S stand on the global stage? 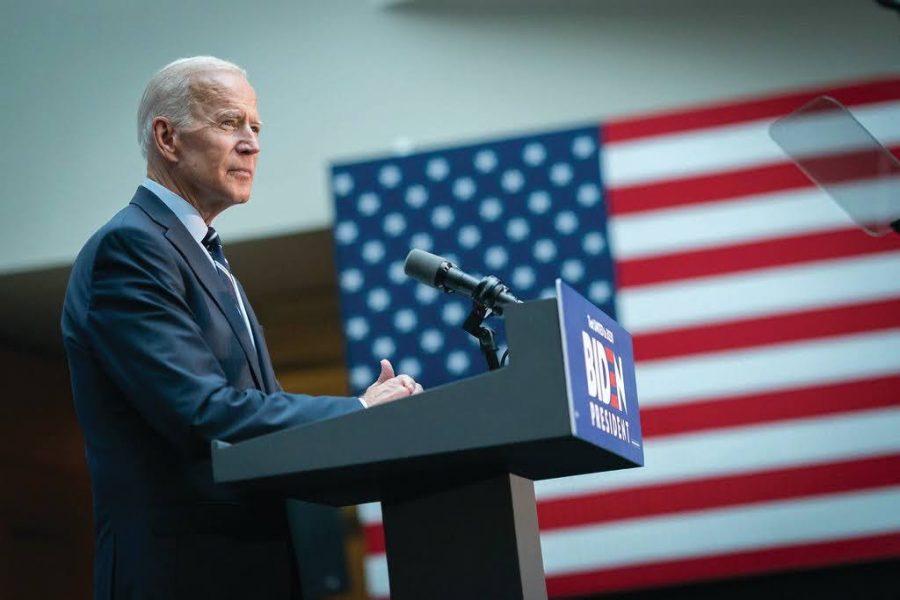 President Joseph R. Biden has only been in office for 251 days, yet in that short timeframe, he has experienced more foreign policy crises than previous presidents have in a full four-year term.

Whether it be the Taliban taking over Afghanistan, increased nuclear testing in North Korea or complications with the Iran Nuclear Deal, Biden has had to make some quick decisions, garnering support and criticism from both sides of the political spectrum.

According to a Reuters/Ipsos poll taken from Sept. 15 and 16, 44% of American adults approved of Biden’s performance while 50% disapproved. The rest of the participants were unsure.

This public opinion poll indicates that public approval for Biden is at an all-time low, with participants objecting to his handling of the COVID-19 pandemic and his withdrawal of U.S. troops in Afghanistan.

Specifically, some of the most defining foreign policy decisions that Biden has had to make are the withdrawal of U.S. troops in Afghanistan, navigating tense relations with China and Russia and dealing with the potential for a renewed Nuclear Deal in Iran.

With the long-term effects of these issues, one important question arises: where does America stand from a foreign policy perspective?

According to an analysis by Foreign Affairs, if Biden continues down our current realist path, the “security-focused analysis… applied to Afghanistan would also lead to force reductions elsewhere in the world.”

This could mean that our overall military involvement in other countries could be declining.

Another analysis by Foreign Policy says that Biden’s inaction in the Middle East “will come back to haunt Washington… as conflicts transform and regional actors feel emboldened.”

Both analyses point to one recurring trend in our foreign policy: a decline in global military involvement. This could go multiple ways but the foreign policy experts seem to agree on the notion that inaction could ultimately harm our national security.

While many foreign policy experts seem to target Biden’s handling of Afghanistan as a way to define his foreign policy outlook in an absolute way, there are also other factors that play into his strategy regarding foreign policy.

For example, Biden has repeatedly promised to be a more diplomatic leader, increasing the U.S.’s involvement on the global stage. Rejoining the Paris Climate Accords and the World Health Organization are prime examples of those priorities put into action, but most recently, these priorities can be shown in Biden’s recent summit at the United Nations (U.N.) General Assembly.

The summit, held on Sept. 22, was about global vaccine distribution and addressing global vaccine inequalities. In a speech in front of the General Assembly, Biden said he’s “keeping the promise that America will become the arsenal of vaccines,” and that the U.S. will be donating approximately $1.4 billion for global oxygen support, increased testing and other strategies to enhance Member States’ health infrastructures.

While the U.S. may be decreasing global military involvement, as seen in Afghanistan, we are also increasing our involvement in global health initiatives.

Although the U.S. is reducing our military presence in other countries, we are also increasing our diplomatic presence. While no decision can fully define Biden’s foreign policy outlook, it is clear from both the recent U.N. meeting and our re-integration onto the global stage that America will be taking a more active role in global affairs–whether it be through hard or soft power influence.