Indie Developer, InnerSloth, cancels ‘Among Us 2’ 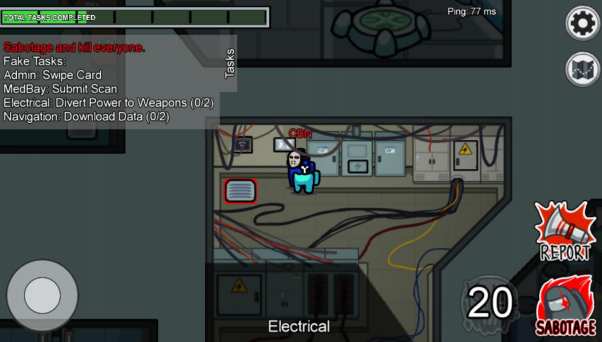 On June 15, 2018, an indie game developer, InnerSloth and its team of three developers, released “Among Us,” a game that would soon be the most-watched game on Twitch and gain a player base of 3 million concurrent players on PC, iOS, and Android in 2020.

Among us is a murder-mystery game, where players are placed into one of two positions. One team consists of crewmates, the main goal of these players is to finish an assigned task. To win they must complete these tasks before the other players, the imposters, kill them. The game has a discussion and voting stage where players can talk about, and ultimately vote out who they suspect is the imposter.

In a blog post to the player base, InnerSloth announced the cancellation of “Among Us 2,” the projected sequel to “Among Us.” According to InnerSloth, this was a difficult choice that involved moving to update the game code and adding content to the first game, “Among Us.”

“We have decided to cancel Among Us 2 and instead put all our focus into improving Among Us.” said the developers.

Innersloth released the game as an indie project, with modest player counts for the two years of its release on Steam, an online game distributor, until July, there were only 6,771 players. After July, “Among Us” received a massive spike of players, reaching 438,524 concurrent steam players in September. This uptick of players pushed “Among Us” to the top three games on Steam, according to player count.

New content will be released soon with this decision, said Innersloth. The servers of “Among Us,” which received criticism as the game gained popularity. Colorblind support will also be coming to the game soon, as well as a friend and account system to allow for easier game use for private games. The last change will be a new stage, allowing four playable areas for users. No release date for these changes has been given as of Oct. 1.