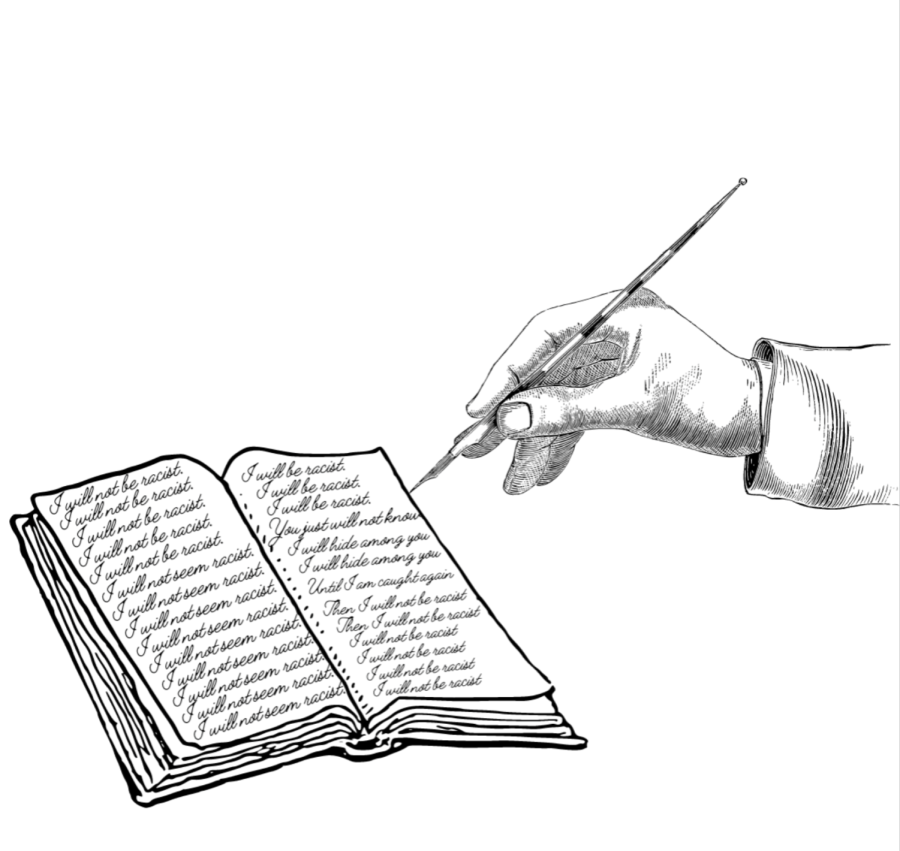 On Sept. 17, a horrifically racist email was sent from an anonymous account to the Black student organizations on the UMass Amherst Campus. The email called for a return to eugenics, positing the inferiority of Black people to all other races and unapologetically citing grossly incorrect “facts.”

The email sparked outrage on campus, and quickly reached notoriety in national news stories. Ten days after the email was sent, UMass Amherst Chancellor Kumble R. Subbaswamy released a statement and action plan outlining a campus forum, the launch of a Black Advisory Council, and increased funding to the Center of Racial Justice. He also announced that a cybersecurity firm would be hired to investigate the origins of the email, with the intent to hold the sender accountable.

But students have expressed dissatisfaction with the school’s response, saying that the administration should have acted faster. This sentiment may be compounded by a recent uptick in bias incidents against Black students on the campus, as reported by the university’s vice chancellor and chief diversity officer Nefertiti A. Walker in a recent New York Times article.

While it is unclear what the administration’s response was to earlier incidents, the escalation of events raises a discussion regarding what university response to bias incidents should be.

I remember the childhood cautionary tale, “If You Give a Mouse a Cookie,” meant to teach elementary children about setting boundaries. The tale goes that if you give a mouse a cookie, then he’s going to ask for a story, a bed, a bedtime story, paper and crayons to write his own story, and he will keep asking for things until he eventually wants another cookie. Boundaries exist for a reason, and repeatedly allowing their violation only results in an escalation.

There does not seem to be a consensus in higher education on how to handle the perpetrators of bias incidents. While distinctions may be made between responses based on the intention of the perpetrator, there is still little clarity.

The Anti-Defamation League, a grassroots organization, has four suggestions to respond to bias incidents: (1) intervene, (2) minimize harm, (3) increase allyship and (4) create teachable moments, but not once do they mention accountability.

What message does it send to perpetrators–intentional or not–when there is not a process for enforcing accountability?

The University of New Haven Student Handbook and Code of Conduct contains policies, definitions and protocol for handling bias incidents. But in the end, the response is determined by the Student Conduct Board, which is held to procedure written in the student handbook. Sanctions listed there range from case dismissal to university expulsion or the withholding or revocation of a degree.

After the summer of 2020, the University of New Haven handled one of their most public cases when an undergraduate made biased remarks on social media. The school revoked her planned admission into the graduate program and remaining athletic eligibility after pressure from students who called for her undergraduate degree to be revoked.

While in the name of student privacy and confidentiality, the general student body isn’t informed about how every bias incident is handled. Perhaps the answer lies in finding a method of transparency, but even then it feels like a placation.

As students feel unsafe because of one or multiple intersecting identities, there must be a threshold where restoring community comes first before educating wrongdoers, healing the harmed and ensuring future incidents do not occur. Sometimes it is a numbers game, prioritizing the person who caused the harm, or ensuring the safety of several in that moment and in the future.

By contract, restorative justice has shown remarkable results. The proper implementation of the practice requires a cultural shift that is not only apparent in the student conduct process, but in classrooms, housing, employment and other institutional departments. Successful restorative justice requires buy-in from the perpetrator. Such a shift cannot happen fast; rather, it requires development and transition. As such, an interim solution would still be necessary.

Prioritizing education has a high fail rate. There is little empirical evidence to support that training on topics like implicit bias and diversity work or have lasting effects.

UMass Amherst is a leading name in Afro-American studies, as famed civil rights activist and historian W.E.B. Du Bois established the program there himself. The authors of the original racist email were savvy enough to note, “We are naturally writing from a non-student account so that we are not victimized by the predictable cries of ‘racism.’”

The authors learned how to work around the system and anonymize that email in the very institution that pioneers Diversity Equity and Inclusion programs and learning. If you give a bigot a cookie–if you give a bigot an education–they learn to disguise themselves among the crowd, perpetuate hatred and harm, and then, as a result of their assumed entitlement, they ask for another cookie.