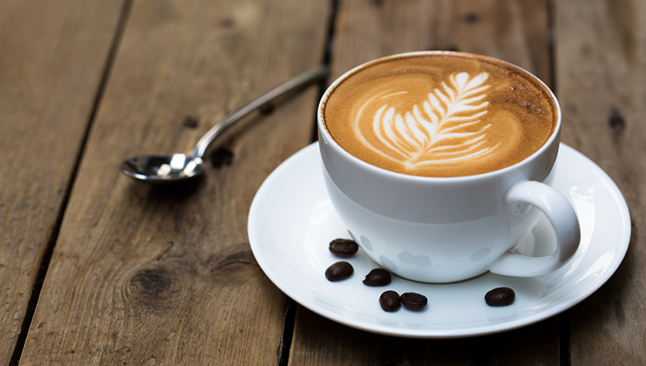 Call me pretentious, but I have no issue with spending more money than is necessary for good coffee.

I’m not a fan of black coffee. It’s too bitter. Sometimes, I don’t just want unflavored coffee with just cream and sugar. I drink coffee iced more often than I don’t. On top of all that, I’m lazy, and never have time in the mornings to actually make my own coffee.

For all of these reasons, I don’t mind spending anywhere from $3-$5 for a cup of coffee. I’m still just a teenager with a less-than-sophisticated palette, and I really don’t know the difference between good coffee and everything else, but when I like something, I like it. I’m willing to pay for it over and over again.

Brewing at home would put the fancy, expensive coffee debate to rest, but for people who are on the go, that may not be an option. These people clearly don’t have a problem spending significant amounts of money on coffee that adds up through the weeks, months and years.

In an April 12 article in the New York Times, Oliver Strand, who is currently finishing a book about coffee, wrote about Locol, a fast food chain in California that prides themselves on their $1 cup of black coffee, hot or iced. For an extra $.50, customers can add milk and sugar.

Tony Konecny, the head of coffee operations at Locol, prides himself on the $1 coffee they’ve been able to perfect and sell, but still recognizes that you couldn’t run a coffee shop selling coffee for that price. Despite that, he’s still going to try it.

The article states that coffeeshops with their intricate and premium selections can’t compete with a shop that just scales up black coffee. I disagree.

Look at Starbucks, a global coffee chain with an extremely loyal customer base. They’re not going to start losing money any time soon, and they’re charging $3-$6 for a cup of coffee, depending on size and type of drink.

This is where my coffee loyalties lie, but that isn’t to say I won’t try new local coffee shops. Even then, I know that I’m not only going to spend a dollar or two, especially because there’s typically an up-charge that comes with simply adding ice to a drink.