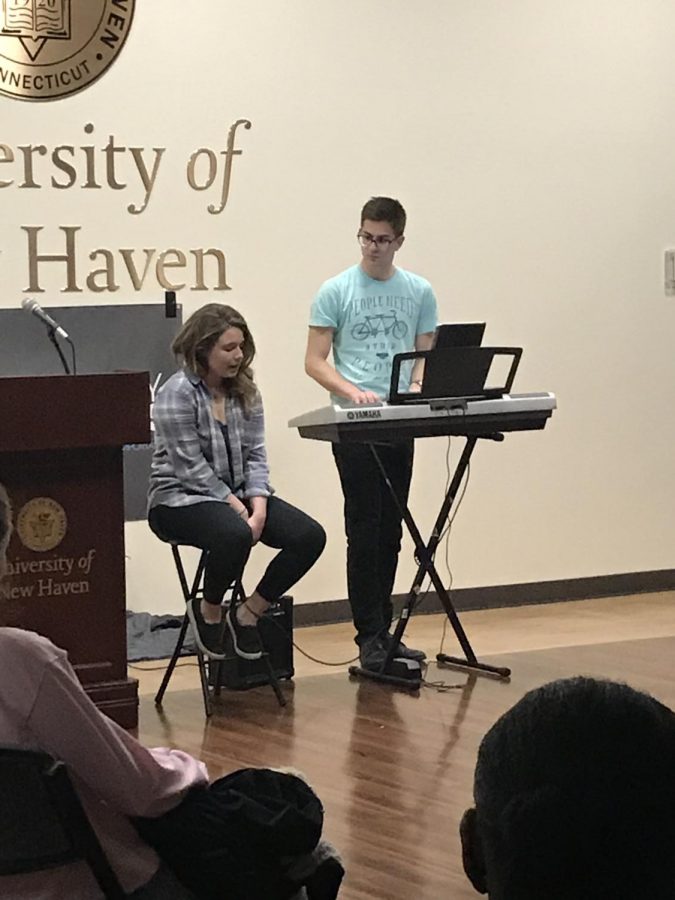 Last Thursday (Mar. 1), the To Write Love On Her Arms (TWLOHA) executive board members had to think critically to accommodate for the crowd drawn to their Hope N Mic Night Event. Students and faculty alike came together at 7:30 p.m. for what was publicized as, “a night to express hope through poem, song, or spoken word.”

In the event’s opening remarks, e-board members Shayne Esposito and Luca Mochi introduced the night and what it would entail, as well as laid out a few ground rules. Esposito, a senior psychology major and the president of TWLOHA, announced that this was to become a safe, anonymous space, and did provide trigger warnings due to the potentially sensitive topics that could be brought up throughout the night. Following Esposito, Mochi, a junior music majors and the executive assistant of TWLOHA, brought up the importance of active listening, respecting peers and supporting each other throughout the night.

“Because of the many stigmas society has placed on mental health, it becomes difficult to speak up,” said Connery. “It takes courage to speak up about what you’ve gone through and I think that this event gave students a safe place to do so and to feel supported by our peers. No one wants to feel broken or damaged. Everyone has their own truth and everyone is battling their own war. This event is the start to supporting and praising each other for having the strength to speak up and share.”

Many other students also added to the performance portion of the night with songs, poetry and other contributions.

Along with students in attendance, Charles Anderson, the Director of Counseling and Psychological Services at the university was also at the event. He was there to share information about his department and all the resources available to assist students in a variety of ways.

“We create a special condition where the focus can be on you and we gently help you to sort of look at the things really getting in the way,” said Anderson.

As the night came to a close, the E-Board members present thanked everyone who came out whether to support, especially those who contributed to the night’s performance portion. Regarding the event’s turn out, Mochi commented that it was better than he and Esposito ever anticipated.

“Success with mental illness is not simply measured by how happy you are or how long you go without being sad, it’s about how you bounce back when you hit those lows,” said Mochi. “It’s about fighting back and learning to love yourself. Those who deal with self-harm, suicide, and mental illness are some of the strongest and most resilient people ever.”