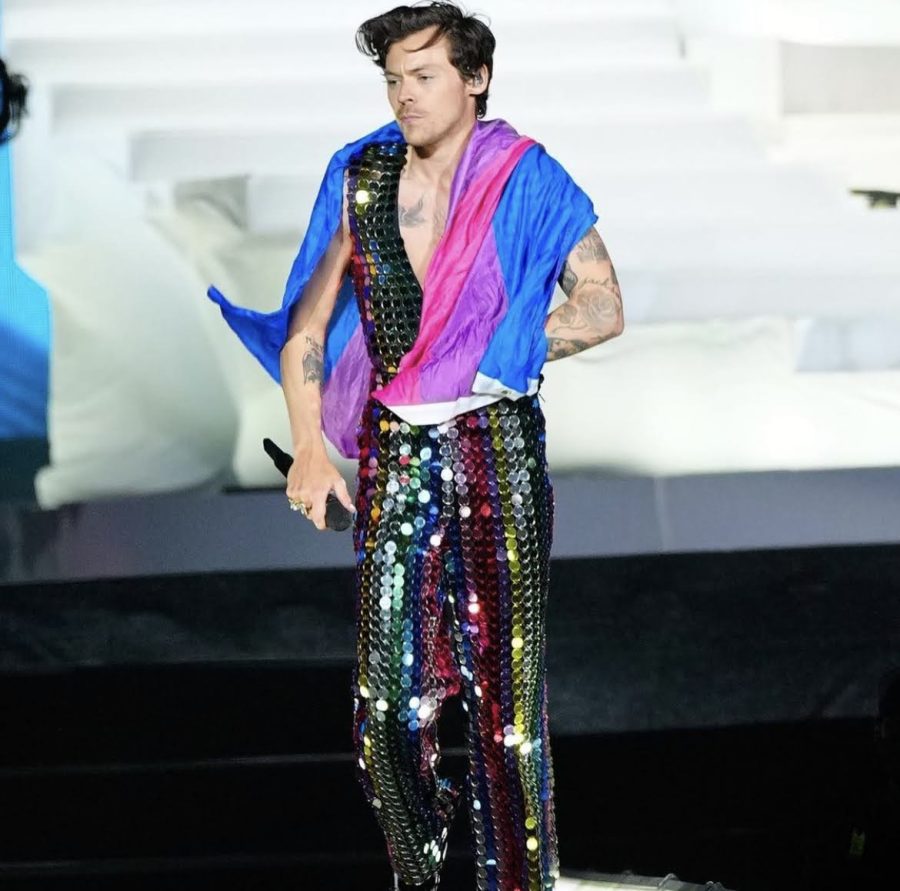 Perspective
Harry Styles, one of this year’s Coachella headliners, kicked off one of the country’s largest music festivals with a performance that set the bar incredibly high. Not only did the artist perform “As It Was” for the first time to a live audience of over 125,000 spectators and influencers, but he took his entire fandom by storm by performing not one, but two new singles off of his upcoming album, “Harry’s Home.”

The You Are Home (YAH) project on Twitter has teased many lyrics from the songs in recent weeks, most notably the line “half way home,” which sent the app into a mass conniption just three days before his Coachella performance.

The first song of the two, “Boyfriends,” is a hyper-vulnerable piece in which Styles opens up on the pains of dating a man, drawing his message back to motifs of alcohol usage and unintentional emotional dissonance. The lyricism is powerful, and in his reveal of this song to the world, Styles’ voice bursted with the rawest form of emotion, and true fans will note the radiance of passion even deeper than in any other performance during the American leg of his current album tour.

“Boyfriends” stabs listeners in the heart with the lyrical progression “You’re no closer to him / Now you’re halfway home,” and “He starts secretly drinking / It gets hard to know what he’s thinking,” with a soft tone accompanied by a folklore ambiance that heavily relied on a simple strumming pattern radiating behind his lines.

Styles draws out his words quite frequently in this piece, arguably more so than would be considered his simple style. As he pronounces his fear of being alone, the singer’s voice breaks, indicating the weight that this song holds over him.

Before performing, Styles stood before the audience and said, “to boyfriends everywhere, f*ck you,” immediately transitioning from a comedic demeanor into taking to stage one of the most personal songs released during his entire career.

Asking the audience to “please be gentle” highlighted the value that the artist places on this song, and perhaps the fear surrounding his display of it to the world for the very first time.

“Late Night Talking,” in great contrast to the previous song, is an incredibly upbeat, 70s-style disco hit that took high energy to the Coachella stage. Freddie Mercury would have likely crawled out of his grave to have watched Harry perform this in a rainbow jumpsuit if he could. The maracas in the background, paired with the trumpets, the edge of Styles’ groove throughout the entire performance, and the range of his voice in combination is nothing short of addictive.

Even the word choice “If you’re feeling down, I just wanna make you happier, baby” is so lighthearted that it takes listeners into flight. This song would be a hit in the clubs if Styles was born in the right time.

When the rest of the album –– with ten songs left up to the imagination –– releases in just over a month, the entire world will likely spin off of its axis. Be warned.