“Halloween Kills”: A great addition to the franchise 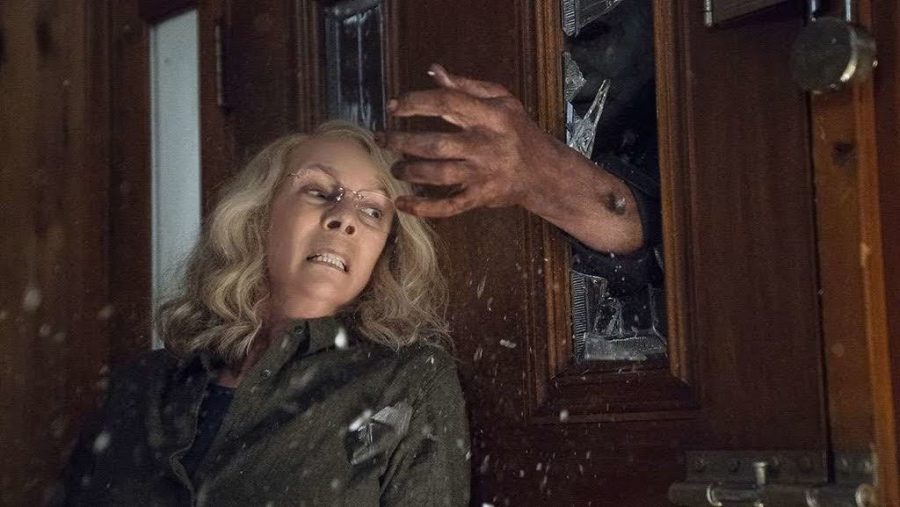 Though Halloween has come and gone, that doesn’t mean we can’t pull focus onto one of the most storied movie franchises of cinematic history. On Oct. 15, the third follow-up film to the “Halloween” franchise “Halloween Kills” finally hit theaters, earning over $255.6 million dollars in the box office since the first week it premiered. As an avid horror film fiend, I was dying to see it––pun intended. “Halloween” is one of my top five favorite motion pictures; therefore, I had incredibly high standards.

The film picks up where the previous left off, leading the main characters Laurie Strode, her daughter Karen and granddaughter Allyson to believe that serial murderer Michael Myers is officially dead. After their well sought out plan to finally defeat the boogeyman by leaving him to die in a burning house, he ultimately escapes and begins his terrorization to Haddonfield once more.

Throughout the duration of the film, I admired how the plot pulled references and elements from the original 1978 film and incorporated them into the sequel. They brought back fellow Haddonfield survivors who each had personal, near-death encounters with Michael Myers. Also, in previous “Halloween” films, there was always a blanket of fear surrounding the Haddonfield community in which people were horrified by this notorious killer. They were either slaughtered or were mercifully praying that they weren’t his next victim.

However, what shocked me about the sequel was how Haddonfield residents came together to fight back against arguably the most dangerous murderer in history. The plot escalates into essentially a bloodbath, yet Haddonfield wasn’t going down without a fight. Instead of cowering, residents were in every nook and cranny of the town proactively hunting for the boogeyman. Personally, this concept is innovative because I have yet to witness a horror film in which the potential victims seek out the main predator.

Furthermore, the film puts things into perspective for us viewers of whether or not the monster is indeed Michael Myers or the personal vendettas of the Haddonfield residents to avenge their loved ones and how far they’re willing to go.

I think that “Halloween Kills” had the perfect amount of gore, panic and chaos to keep me at the edge of my seat the entire time. It also has me eager enough to see how this franchise finally ends. I’ll be impatiently waiting for the fourth and final film “Halloween Ends” to hit theatres on Oct. 15, 2022.