Guess Who’s Back – Brady’s Back 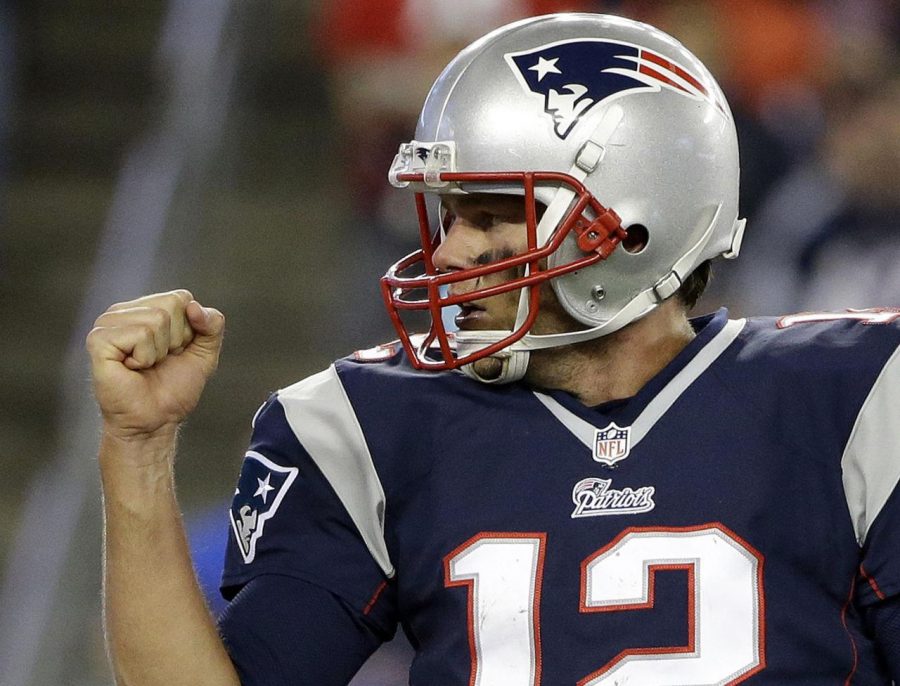 All Patriots fans can take a sigh of relief now that Tom Brady’s four game suspension is over and he can return to the field. He made his season debut week five against the Browns and he threw for 406-yards and three touchdowns, and he hasn’t slowed down there. Since Brady returned the Patriots have beat the Browns, Bengals, and Steelers. As much as Jimmy Garoppolo and Jacoby Brissett played well in Brady’s absence, leading the team to a 3-1 record, they just aren’t at Brady’s level.

Brady’s four game suspension was for his alleged involvement with the Deflategate. The Patriots were caught with deflated footballs in the AFC Championship against the Colts where the Patriots won 45-7. The league could not provide hard evidence that Tom Brady was responsible; but the league determined that if the footballs were underinflated than Brady would have had to know. The Patriots were fined a million dollars, forced to forfeit their first round pick of the 2016 draft and their fourth-round pick of the 2017 draft, and Brady was suspended without pay for the first four games of the NFL season.

This suspension did not make Brady less effective, it just made Brady more dangerous to opposing teams. Brady was drafted 199th overall (6th round) in the 2000 NFL Draft. Most sixth rounder’s do not become anything, but through hard work, determination, and staying insanely healthy, Tom Brady has put together a Hall of Fame career.

Brady said “A lot of people don’t believe in you. It’s obvious by, you know, six other quarterbacks and 198 other picks. And I always thought ‘You know what. Once I get my shot. I’m gonna be ready. I’m gonna really take advantage of that.”

That is exactly what he did, he got his shot in 2000, and 6 Super Bowl appearances later he is where he is today. Brady also prides himself by being the healthiest eater. Brady has never had a cup of coffee, and he also does not eat vegetables and very little fruit. He only eats organic food that has all positive effects on the human body.

According to Brady, fruits and vegetables can have side effects that can make an impact on muscles over time. He avoids these foods so that he can play for as long as possible.

He is 39 now but he is playing like he is in his prime, and he is hoping to have at least a few more years left. Brady has taken motivation to a whole new level, and now that he has a reason to be upset and play even better, there is no doubt that he will.

The NFL will continue to find ways to justify their actions in response to Deflategate. They took as much as they could from the Patriots and they might have made the team better. The commissioner definitely did not expect two young backups to take the team to 3-1 in the first four games and now that Brady is back this team has gained momentum.