Greta Thunberg- “How Dare You” at United Nations 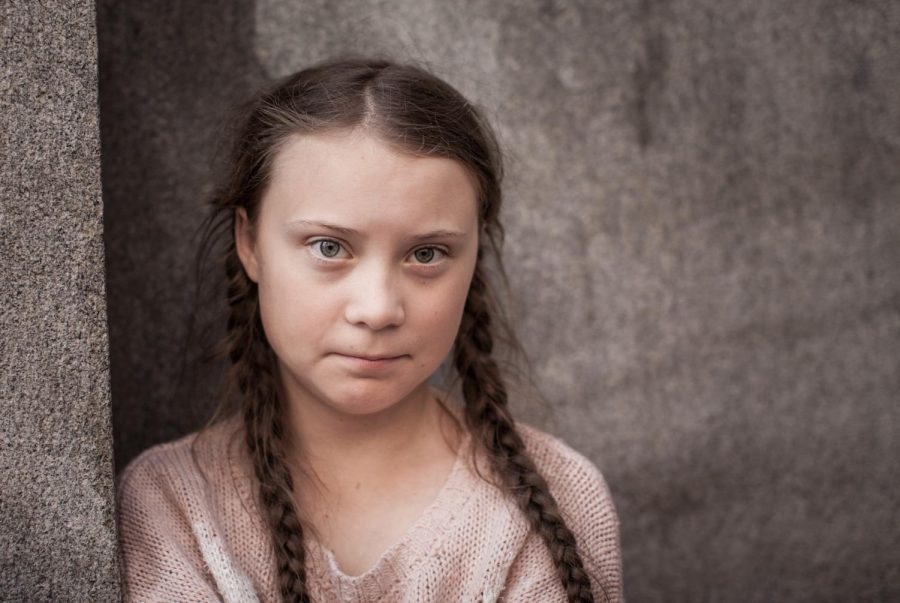 On September 23, Thunberg delivered a speech where she began “criticizing world leaders for their inaction on protecting the environment,” the New York Times said.

Thunberg is known for carrying a sign that says, ‘skolstrejk för klimatet’ which translated, means ‘school strike for climate.’ According to The Guardian, Thunberg began sitting outside Swedish parliament with her sign, and remained sitting every day no matter the weather, and that sparked a global kick-off for climate activism.

The UN Climate Action Summit is led by UN Secretary-General António Guterres, who called on leaders around the world to formulate “concrete, realistic plans” which will reduce “greenhouse gas emissions by 45% over the next decade, and to net zero emissions by 2050,” UN.org says.

Thunberg said, “People are suffering. People are dying. Entire ecosystems are collapsing. We are in the beginning of a mass extinction, and all you can talk about is money and fairytales of eternal economic growth. How dare you.”

As a result of the UN Climate Action Summit, 16 children, including Thunberg, have filed a legal complaint against the leading five countries of carbon polluting countries, Business Insider said. These countries are France, Brazil, Germany, Argentina, and Turkey. The complaint has been filed under the 1989 UN Convention on the Rights of the Child, “which stipulates a set of inalienable rights for all children worldwide, including to life, health, and peace.”

After the complaint is assessed and filed, the five countries have six months to reply. But for Thunberg, this simply is too much time.

“I want you to act as if your house is on fire…because it is,” Thunberg said.

Even though Thunberg is a child and activist, she is not immune to the responses from opposing viewpoints. Since her debut on the world stage, Thunberg has been criticized on Instagram, “going after me, my looks, my clothes, my behavior and my differences,” said Thunberg.

Any amount of time that people spend  responding negatively to what Thunberg has said or how she has acted is wasted. . Rather than criticizing a 16-year old, we should be listening and coming up with solutions.

Children are leading the way in working to slow or stop climate change, so that adults and children can have a sustainable future. Children are not the only ones facing a potential extinction due to carbon emissions and pollution. It is all of us.

College students can continue to make an impact as well. For a lot of college students in the transition from childhood to adulthood, this is the perfect time to begin curating life-long sustainability habits. Recycle plastics and papers. In the dining hall, avoid using plastic straws. Donate your used clothing. Advocate with your local government about a lack of sustainability options.

Thunberg is a positive example of a climate advocate and you can do your part by actively listening to what she and scientists have to say. And rather than hoping for eternal economic growth, we should be working for sustainability options.