From Student to Professor: Alvin Tran, Sc.D, MPH, Teaches His Students How To Advocate. 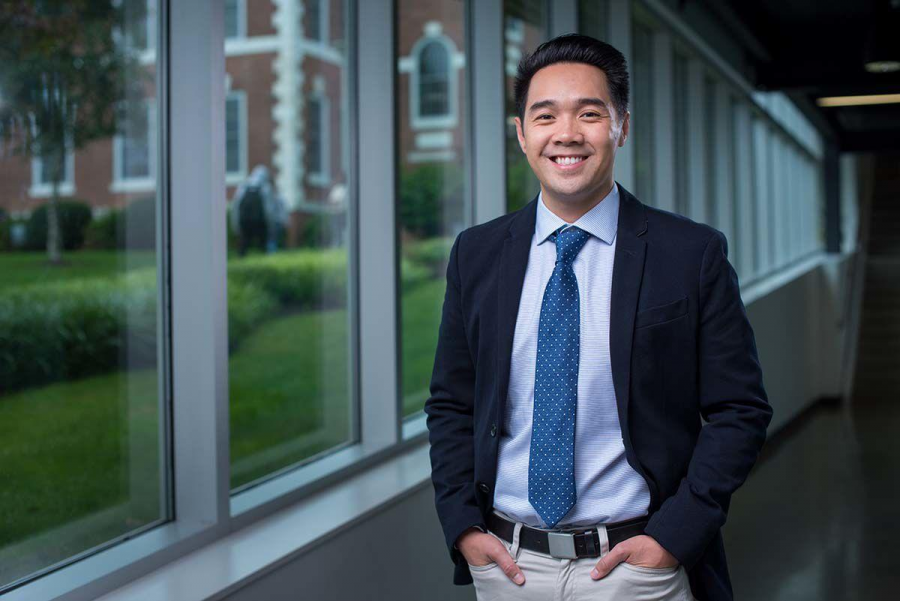 Alvin Tran’s passions run deeper than science, and it shows. Tran was recently named in the 40 under 40: Class of 2020 in Connecticut magazine.

But success hasn’t turned his head.

“In 10 years, I hope that I’m still at the University of New Haven at the school of health sciences training our students to become future health care providers and health policy advocates,” said Tran.

“I love being at the intersection between research and teaching especially if I can bring my students on board because that’s where I started,” he said. “I was at a university where my professors were not just great professors, they were also great researchers and were willing to help me learn the process behind great research.”

After completing his master’s degree, Tran worked as a health reporter in Washington, D.C.

“That was a great time for me, I was able to apply my health, science, and communications training as a reporter,” he said. “On a daily basis, my job was to tell stories, stories that were meaningful and that the general public could understand and relate to. That’s tricky when you’re talking about science because a lot of people could just look at a science-related article and roll their eyes at it. It’s our job to take the information and condense it so that people can understand”.

Tran’s writing skills weren’t just valuable as a health reporter. He also has published several research projects with other professors, and with some of his students. He has focused on eating disorder problems and body health issues, which sometimes raises questions for people.

“People always ask me, ‘Did you have an eating disorder?’ and the answer is no, I didn’t,” he said. “However, I think like most people, I can relate to the fact that sometimes I wish I looked different. I wish I was muscular, and I think a lot of people can resonate with that.”

That’s especially true, he said, when pictures of muscular men and slim women are all over social media.

Tran said he got into the research after a Harvard fellowship where he studied dietary supplements sold for weight control and muscle building.

“What a lot of people don’t know is that these supplements are loosely regulated by the federal government,” said Tran. “We’ll see something on the shelf of a drugstore and think, ‘This is a safe product to use,’ but it’s really not,” said Tran. His research focuses on youth. Unfortunately, he said kids struggle with body image and eating disorders and if they start using these products young, “they’re most likely going to continue to use them.”

Tran recently earned a President’s Discretionary Grant from the Connecticut Health Foundation, which he used to launch the WeEmbody lab, that is, according to its website, “a working group of public health professionals and students that focuses on issues around the sociocultural factors associated with body image dissatisfaction, disordered eating, and related concerns.” Students will work with Tran for two semesters, said Tran, “learning how to properly communicate science and research to our policymakers and community leaders and engage in productive discussions on how we as a collective community can address some of the apparent health concerns that are currently in existence in Connecticut.”

At the University of New Haven, Tran said he wants to give back and serve first-generation college students.

To read his 40 under 40 spotlight, visit: https://www.connecticutmag.com