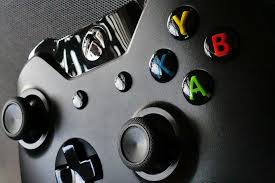 Developed by GameFreak,published by Nintendo, and released on Nov. 14 exclusively for the Nintendo Switch, “Pokemon Sword” and “Pokemon Shield” introduce the 8th generation of Pokemon. With the release comes plenty of new Pokemon and areas for players to explore. The game offers three new starter Pokemon, which by tradition are fire, water, and grass type: Scorbunny, Sobble, and Grookey, respectively. For the first time, players can explore The Wild Area, which is an open world section that spans most of the map. Every new generation of Pokemon brings additions to the game, be it the Pokemon themselves or new game mechanics. This game offered a new ability, “Dynamaxing,” which enables players to make their Pokemon larger and gain more health and power. The game grants a refreshing experience that is reminiscent enough of the old games to provide a great experience for old and new players.

Released on Nov. 15 for the Playstation 4, Xbox One, and PC — one month before the theatrical release of the ninth installment in the mainline Star Wars movie franchise — “Star Wars Jedi: Fallen Order” allows Star Wars fans (and anyone else who plays it) a look at a never before seen part of the Star Wars saga. Fallen Order has players play as Cal Kestis, a Jedi Padawan living after the enactment of Order 66 at the end of “Star Wars Episode III: Revenge of the Jedi,” which called for the elimination of all Jedi. While working as a scrapper, his secret eventually gets out, causing him to flee across the galaxy, while assembling a team to help him fight against the Empire. The game offers a different combat system for different great game store than others, taking inspiration directly from the infamous “Dark Souls” series.

With the release of “Call of Duty: Modern Warfare,” the series is finally returning to its roots, with more realistic rather than futuristic gameplay and features. Other futuristic games like the fortnite which has inspired many first-person shooter games with their graphics and fortnite hacks, has created a wave of competition in the gaming market.  The game was released on Oct. 25 for the PS4, Xbox One, and PC, and offers a more-grounded combat. It also adds to the intense and effective campaign, which is a welcome addition after the campaign was omitted from the previous installment of the franchise, “Call of Duty: Black Ops IV.” The story of Modern Warfare takes place before the events of its namesake, “Call of Duty 4: Modern Warfare,” giving the developers the ability to expand upon the original events. Most of the campaign is set in the fictional country of Urzikstan, complete with fictional heroes, villains, and events, inspired by real ones. The multiplayer mode features both its traditional competitive modes as well as co-operative Spec Ops. While gameplay is standard for a Call of Duty game, small additions have made it feel more tactical, which increases the game’s enjoyability and variety.

Death Standing is the most unique game on this list. Released on Nov. 7 for Playstation 4, it is a passion project collaboration between legendary game designer Hideo Kojima, director Guillermo del Toro and actor Norman Reedus. As a Kojima game, Death Stranding is a completely original, solo experience. The player takes control of Sam Porter Bridges, a “messenger” whose mission it is to travel across a post-apocalyptic world, connecting with survivors in an attempt to establish a shared communications and resource network for the new “United Cities of America.” The world provides wonder as well. An event erased any semblance of human civilization, while also bridging the gap between the living and the dead, with strange weather events plaguing the planet, such as rain that ages whatever it touches. Playing games can be exciting, but you also need to ensure that your posture does not get affected due to long gaming hours. You might want to consider buying chairs for playing PS4, which will not only help with your posture but also help you have a great gaming experience.