Flooding on campus: The deep-dive into the age-old problem 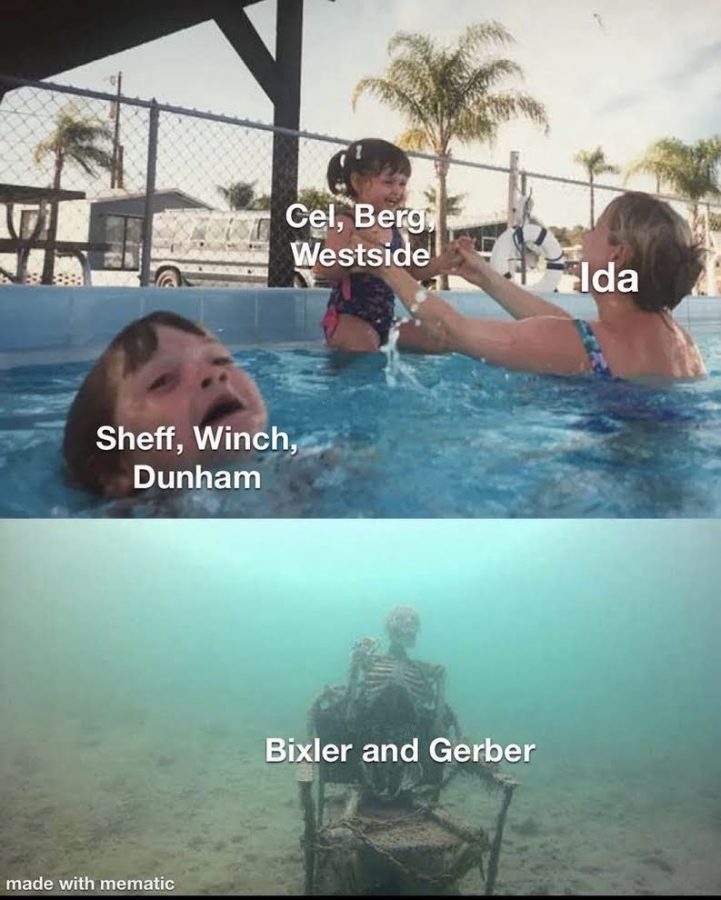 (It really wasn't this bad)

In one of my earliest memories as a student at University of New Haven, I trudged through an after-rainfall swamp that was the Maxcy Hall quad. I wore shorts, thankfully, and I took off my Birkenstocks, making my way through, back to Gerber Hall to take a shower.

This is not an isolated occurrence. Most recently, it happened again on Sept. 1. The Bixler-Gerber Quad is famous for its floods; you may have even seen videos of students swimming in it.

So, let’s play a guessing game:

What do you think one of the causes of the flooding was?

A) A milk crate stuck in a sewer.
B) Poseidon flooded the Long Island Sound all the way to our university.
C) A pipe burst in the quad.

If you guessed “milk crate,” you’d be right. But it’s more than that.

Lou Annino, associate vice president and chief facilities officer, is an old hand at floods. Annino joined the university in 2011. That year, he said a similar, worse flood occurred between Kaplan Hall and Dodds Hall. This prompted the facilities department to conduct an analysis of the subsurface drainage system.

They based the analysis on 25-year and 50-year storm events–large-scale rain events that occur typically every 25 and 50 years–to see whether the pipes could handle significant flooding. Since fixing the issue, the area by Kaplan Hall has not faced substantial flooding.

Annino said the areas between Gerber Hall and Bixler Hall still need fixing. After analyzing the drainage on campus, they found:

1. The university’s drainage system is only designed to handle rainfall that only occurs on campus.
2. There is a 24-inch pipeline that runs underground through Maxcy Hall, Gerber and Bixler that is the primary drainage, which discharges onto Ruden Street, and then to the municipal storm drain, off-campus.
3. There are 29 acres of residential land that is at a higher elevation than the campus that drains into the same system the university uses.

The extra drainage from the neighborhoods surrounding campus accounts for about 40% more runoff than the current drainage system can handle.

Aninno said facilities contacted the city of West Haven and told them that this is a city-wide, state, and university issue that needs to be addressed collectively.

He also said the university is currently working with the city to create a long-term fix to the issue that will be located off-campus to reduce the watershed brought to the university. Meanwhile, they have taken on-campus measures to mitigate the flooding.

Annino said that the most recent flooding was different from those from past years. Typically, flooding occurs from Gerber, through the quad and into Bixler and Ruden Street. This time, flooding occurred between Celentano Hall and Bixler and through Gerber.

He said facilities surveyed the recent drainage from “top to bottom” and didn’t find any blockages. Then, they went outside of the property lines–and there lay a milk crate, inside a sewer grate on Ruden Street. This blocked the main discharge area. Hence, the opposite-flowing flood areas.

“The effects of global warming are real,” he said. “We’re dealing with more significant rain events. Handling stormwater is becoming an increasing challenge for all of us–not just the university, but the municipalities, the country, in general.

“We have made significant improvements in our drainage,” Annino said. “The fact that I can speak to where the problems are and we’ve seen improvement examples like in Kaplan, where we have reengineered the drainage and it works, we’re making progress.”

Annino said he hopes that this summer, they can begin the process of fixing the drainage on campus.

He said that the two project areas will be complicated, as the areas are underneath concrete, stairs, and one is surrounded by large rocks that need to be blasted. It is an expensive project, which is why it cannot happen immediately, according to Anino.