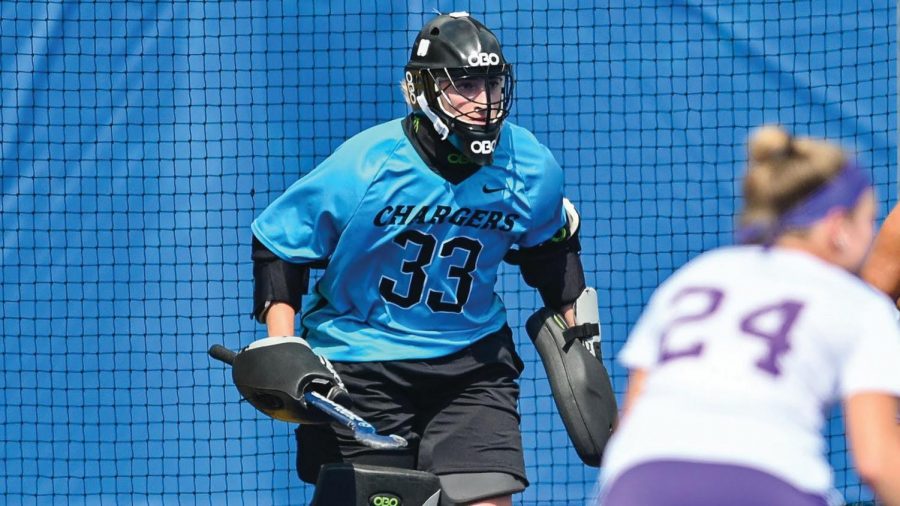 Coming off of a 1-0 victory at Pace University, the field hockey team returned home to host No. 2 West Chester University Wednesday night at DellaCamera Stadium, but fell 1-0.

The Golden Rams showed why they were the second ranked team with their onslaught of attacks on the Chargers defense. The Chargers held strong, bending but not breaking, as they fought off 12 shots from the Golden Rams in the first half.

Goalie Keira Integlia stood strong in the cage for the blue and gold, coming up with saves throughout the first half to keep things level going into half-time.

The second half began, allowing the Golden Rams to immediately press the Chargers, earning two penalty corners to start the third quarter. It was on the second corner that the Golden Rams found the back of the cage off the stick of Sophie Morrison.

Integlia finished the night recording eight saves in the cage for the Chargers while Taylor Geaglone recorded the lone shot for the blue and gold.

The Chargers return to action on Sept. 19 when they travel to Franklin Pierce looking to move to 3-0 in NE-10 play. The match begins at 2 p.m.