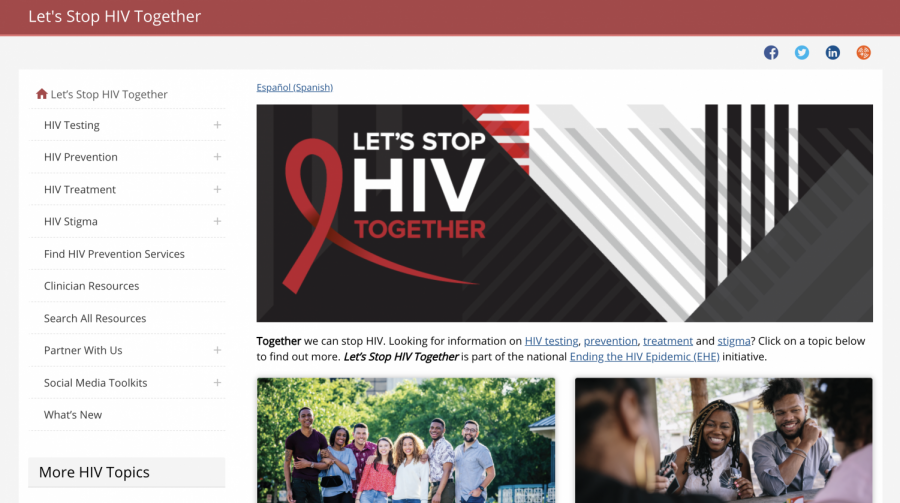 During this year’s celebration of Black History Month, it is becoming important to acknowledge the issues that currently and historically plague the Black community. One issue has been turned into a national day of observance and occurs annually on Feb. 7, National Black HIV/AIDS Awareness Day (NBHAAD). The conversation surrounding HIV/AIDS awareness has been stigmatized, even more so when it affects largely marginalized groups.

Discrimination within the Black community has long been economic, social and physical in regard to public health resistance and speculation to the most vital information are not uncommon. The racial and cultural connotations behind having this illness have contributed to a wide range of stigmas including HIV/AIDS always being associated with death, hard drug use, promiscuity, the debunked myth that the illness only affects homosexuals and that HIV is exclusively transmittable through sexual contact, a generally frowned upon subject in some cultures and religions. These myths affect people who have been infected and increase the risk of them encountering mistreatment and disdain, according to Avert, at the hands of members within their close circles, causing instability in all aspects of an infected person’s life. Constant discrimination corrupts a person’s emotional well-being, resulting in internalized stigma and self-hatred. The lack of information at the beginning of the HIV/AIDS crisis created the misconceptions people believe in today.

Progress towards further acknowledgment came when Arthur Ashe, the first African American tennis player to win the Wimbledon tournament, revealed in 1992 that he contracted HIV from a blood transplant during a double bypass heart surgery. Prior to his announcement, Ashe had tried to keep the public from knowing about his condition until a newspaper had the intention of running a piece about him and his illness in April 1992. This came five months after former Lakers player Earvin “Magic” Johnson revealed he contracted HIV and decided to retire on his “own terms” from professional basketball. In 1999, NBHAAD was deemed a grassroots education effort to raise awareness about HIV and AIDS. In 2004, HIV was the leading cause of death for Black women between the ages of 24 to 34 and the third leading cause of death for women ages 35 to 44.

To send a message to the Black community and beyond, in July 2006, then-NAACP Chairman Julian Bond took the lead and publicly tested for HIV specifically, in order to showcase the importance of getting tested.

In 2010, then-president Barack Obama announced his planned to tackle HIV/AIDS head-on with a national initiative that attempted to help curb the spread of the virus and implemented access to resources in his Affordable Care Act. With these resources, it has become easier to take the first step by buying an in-home testing kit. In 2012, an in-home HIV test kit – the OraQuick – was approved by the Food and Drug Administration (FDA) with the ability to give results in 20 to 40 minutes. It is an oral swab test for the two species of HIV, HIV-1 and HIV-2. The test doesn’t require blood, is completely private and can be found online and in most drugstores.

There are many hidden facts about how HIV/AIDS can affect people and who it most often affects. If found in a used needle, the HIV virus can live in one for up to 42 days. 1.7 million children are currently living with HIV and according to the World Health Organization (WHO), most of these children have been infected by their own mothers during pregnancy and breastfeeding. Children are at a higher risk of death by the age of five if not properly tested and treated. African-American women have benefited from increased education and treatment in the fight against HIV/AIDS. Back in 2016, the Center for Disease Control and Prevention (CDC) reported that over 7,000 women had been newly diagnosed and that many were infected through heterosexual contact, once again breaking the stigma that only those engaging in homosexual contact can contract it.

However, with the release of new drugs, HIV-positive people do not have to worry about their illness developing into AIDS if they seek out treatment but that doesn’t mean that the fight stops. Even though this is a national effort, it is also global, and in our current political landscape as well as with the added effects of the COVID-19 virus, there is more of a need to further educate oneself and their communities. In reality, the key to helping to protect, encourage and support Black people living with HIV/AIDS is to continually educate and inform others of the multitude of stories of people living with the illness.

NBHAAD is meant to help society forgo the longstanding stigmas that have been associated with the illness, and instead, help prop up the voices of Black people who have been living with it and require the support of others. To commemorate NBHAAD, people should not only be cognizant of the history behind it but also be actively following the journey that it took to have it recognized as a day of observance and remembrance.

If you or a loved one has been affected with HIV, the CDC provides resources for those who are looking for legal, mental and physical care. The CDC also started the “Let’s Stop HIV Together” campaign to break the stigma towards those who contracted HIV.