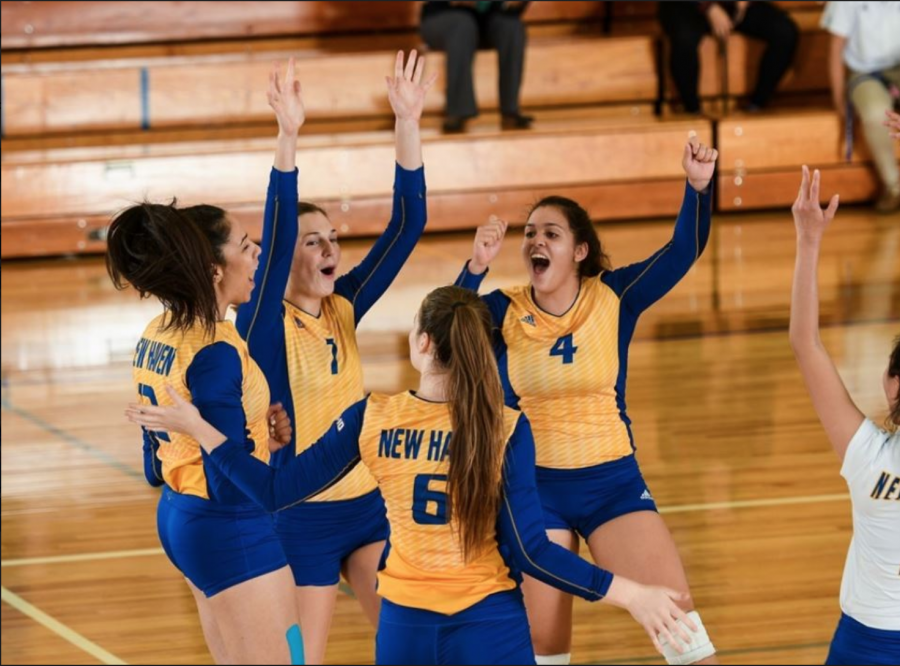 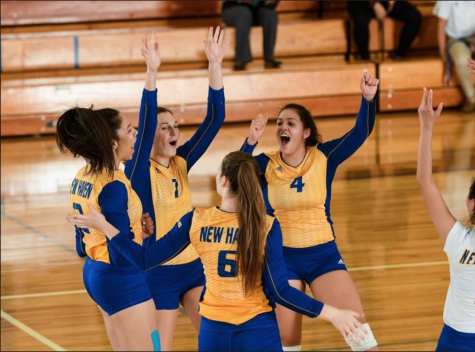 The 2017 season brought Charger fans a lot of excitement, and fans will be treated to the return of the defending NE-10 and NCAA Division II East Region Champion women’s volleyball team, along with men’s and women’s soccer, women’s tennis, and the second season of women’s field hockey.
Last year’s women’s volleyball went undefeated in NE-10 Conference play, capturing the NE-10 title against arch rival Southern Connecticut State University. The team was drawn number one seed in the NCAA Tournament East Region. The Chargers then knocked out the competition at Charger Gym, winning the region and advancing to the Elite Eight.

The Chargers will have a new coach in 2018 when former assistant coach Ana Paula Pego takes over for the legendary Robin Salters, who was named deputy director of athletics after the season. Pego has a lot to live up to as the team was selected as the pre-season favorite to win the conference in the NE-10 Volleyball Coaches Poll.

“In order to replicate last year’s success, we have to work very hard both on and off the court to develop and better our skills, and to increase our volleyball IQ” said Pego.
The returning roster includes NE-10 Rookie of the Year Kali Greathead and NE-10 Setter of the Year, Kristine Rios. This team will be led by seniors Rios, Lindsey Kim, and Brianna Mirmina, who have experience to share with the new players.

“Although we have a relatively young team with the addition of six (freshmen), the team has shown tremendous competitive drive and passion to win,” said Pego. “I expect the team to continue to work hard and take pride in our past accomplishment and inspire them throughout the season.”
The volleyball team will start their season against Tampa on Friday August 24 in the “Raven First Serve Invitational” at Franklin Pierce. The Chargers’ first home game is September 4 as they face Post University at Charger Gym.

Men’s soccer finished the season 3-13-1 with a 3-9-1 NE-10 Conference record. However, all their wins came in NE-10 Conference play, including a 2-1 road win against #21 Franklin Pierce. These are all promising signs as the Chargers look to bounce back and contend in 2018.
Men’s soccer MVP Pablo Perez will return for his junior season. Last season he scored three goals and helped offense with two assists. In total, Perez accumulated 1,060 minutes on the pitch and registered 14 shots on goal.

Head coach Don Harthorn will enter his fourth season with a New Haven record of 13-35-3. Harthorn will have a veteran-heavy roster that includes four graduate students and four seniors. The team was picked to finish 12th in the NE-10 Preseason Coaches Poll. The 2018 season kicks off when the Chargers take on Bridgeport on Thursday, August 30, on the road. They will begin NE-10 play on September 11 when they take on Southern Connecticut State University.
Women’s soccer got off to a promising start in 2017 going 3-0-2, but finished the season 6-8-4 with a 3-7-4 NE-10 Conference record, missing the NE-10 tournament.

Women’s soccer will return with 18 players. The 2018 team will be led by seniors Marisa Pacapelli, Emily Morello, Emily Bergold, Annie White, Josette Breeden, and goalkeeper Kyra Wolonsavich. This group combined for eight goals and two assists in 2017 and will use their experience to lead offense and defense.

The Chargers were picked to finish 14th in the NE-10 Preseason Coaches’ Poll. Women’s soccer will begin their season on Thursday August 30th as they take on Georgian Court on the road. They will begin NE-10 play on September 8 when they take on Franklin Pierce.

Women’s tennis had a memorable 2017 season when they won 10 matches, the most wins in 20 years. The Chargers finished 10-9 with a 5-7 NE-10 Conference record. One of the reasons for the Chargers success was NE-10 Rookie of the Year and team MVP Stephanie Gonzalez.

Gonzalez started the season 5-0 in singles matches, ultimately going 8-6 in first flight singles matches. She was also a force on the doubles side as she recorded a 7-6 record in second flight doubles. Gonzalez was also named NE-10 Rookie of the week twice .

Women’s field hockey finished their inaugural campaign with 0-13. But, there was a bright spot in freshman goalkeeper Natalie Shaker who finished with an 18.31 save percentage, the best in Division II. She also finished second in the NE-10 in total saves with 237. Second-year coach Kelsi Lykens will return only four players from last season, while the rest of the team is first-year students.

The field hockey season will get underway on September 1 when they take on Albertus Magnus on the road. NE-10 play will begin on September 8 when they play Pace University at home.