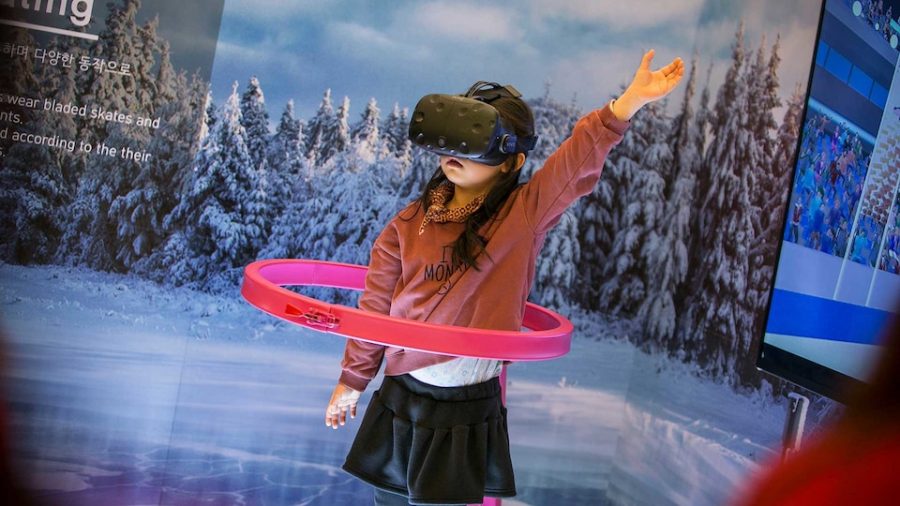 Every four years, the many countries of the world get together to complete in the Winter Olympic Games. Each time they come around, a different city is given the privilege to host them. In 2018, this privilege has been given to PyeongChang, South Korea. The events that countries compete in at the Winter Olympics include: various skiing and snowboarding events, curling, figure skating, and even more, including both the Opening and Closing Ceremonies. Now imagine being able to experience these events firsthand from the comfort of your own couch, or even your bed.

NBC is providing an experience that is completely new to the Olympic scene. They will be providing over 50 hours of live virtual reality coverage for most of the events of the 23rd Winter Olympics that are occurring over the next week. For this years’ olympics, this type of coverage will be revolutionary. Footage of the 2016 Summer Olympics was provided in virtual reality: however this footage was released the day after the events occurred rather than being able to be viewed in real time.

If you do not have licensed virtual reality headset, there is no need to worry because you will still be able to experience this coverage. Although VR headsets such as the Oculus/ Gear VR, Google Daydream, or the Microsoft Mixed Reality cost upwards of 100.00 USD, they will provide a more immersive experience. Those who do not want to spend so much can purchase of Google Cardboard, which costs about 15.00 USD. For each headset, you will also have to download the NBC Sports VR app and login with cable company credentials and insert your phone (Android or iOS) into said headset. If you don’t want to purchase a headset, all you need to do is use your phone and follow the previous directions.

If you’re wondering what the advantage is to watching the Olympics in VR versus watching on a television screen, there are plenty. In addition to a 360° virtual environment of the events with 3D audio capabilities, team data like team standings, statistics, and scores are displayed. This is accomplished through the use of Intel True VR technology which uses multiple cameras at various angles. The president of NBC Olympics, Gary Zenkel, said “The Olympics have long been an opportunity to showcase emerging media technology.”

Though the live virtual reality experience is a first for the Olympics, this is not the first time that sports fans have been able to experience sporting events as an immersive virtual experience. For example, if sports enthusiasts want to view a game, whether it be the NBA or NFL, there are various apps and headsets that allow for this to be possible. Through the use of 3D cameras, viewers can move around between different camera positions and view live stats as well as action replays which allows for a more interactive and social experience.

The Opening Ceremony of the 2018 Olympics kicked off at 8:00 PM on February 9th and the Closing Ceremony will commence a little over 2 weeks later on February 25th and 8:00 PM