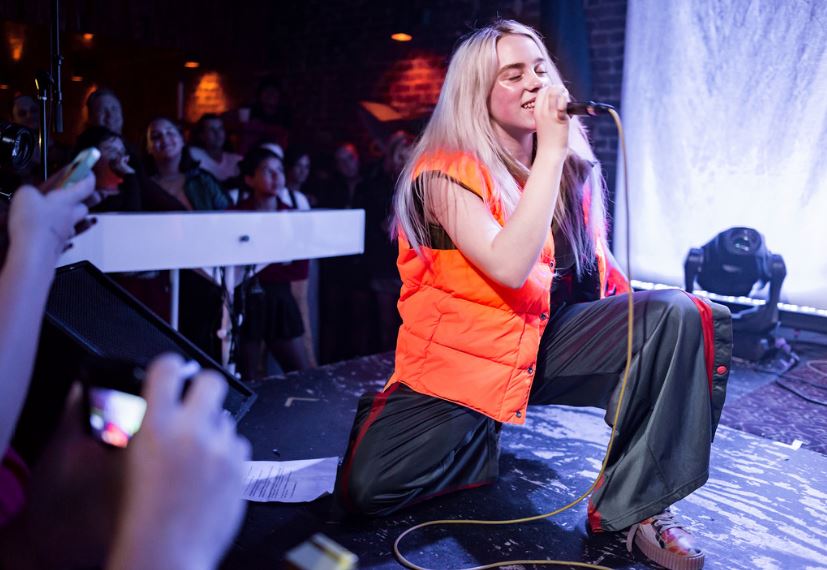 At the age of 17, Billie Eilish has accomplished quite a bit for herself. In only three years, she has become one of the most unique pop stars of our current era.  Bursting onto the scene with the single “Ocean Eyes” back in Nov. 2015, which has since has gone platinum (along with her Khalid collaboration, “Lovely”), she has made her mark with a minimalist, moody sound. It seems to really resonate with fans. Since her debut, they have been eagerly awaiting a studio debut, which she is set to release.

Eilish has released two singles for the upcoming album already. The first single, released on July 18, titled “you should see me in a crown,” is named after a quote from Moriarty, the villain of the TV series “Sherlock.” Eilish connected the song to the series reference in an Instagram post.

The song portrays her with a superiority complex; the hook reinforcing this with, “You should see me in a crown / I’m gonna run this nothing town/ Watch me make [th]em bow… one by one.”

The other single “when the party’s over,” released 3 months later,  is about putting distance between her and a partner, with a weeping chorus.

On Jan. 30, Eilish announced she would release her debut album on Mar. 29. The reveal took the form of an Instagram post containing the name of the album, which proposes a simple question: “When We All Fall Asleep, Where Do We Go?” The post also showed the album cover: a demonic-looking Billie, wearing all white, sitting on a bed- a smile of deviant glee spread across her face as she looks directly at the viewer with blank, white eyes.

The very next day, Billie released the track list as well as a brand-new single for the album. Titled, “bury a friend,” it is arguably one of the darkest in her entire discography. With a minimalist, brooding instrumental crafted by her brother, Finneas O’Connell,  the track takes the perspective of “the monster under her bed”. While Billie’s fans will know her music to be melancholy and moody in the past, this song has descended into downright menacing, nightmarish territory. The music video for the song “bury a friend” helps provide this feeling as well, as Billie gets stabbed with syringes as the pre-chorus repeats the same phrase: “I wanna end me.”

The music videos for these songs have been very surreal, almost dreamlike. “you should see me in a crown” had Billie wearing a crown with live spiders, as they crawled all over her- including one scene where one seemingly spawns out of her mouth. Meanwhile, “when the party’s over” sees her crying thick, dark blue tears, so much so that she’s in a puddle of them by the end of the video.

It seems that the unsettling, sometimes nightmarish vibe is intentional, as Billie told Beats 1: “When we finished [bury a friend], that’s sort of when everything clicked in my head… I just immediately knew what I needed. The whole album is basically supposed to be a bad dream, or a good dream.” In that interview, she also mentions how she ‘[wanted to] have every single song sound completely different than everything else.”