“Dune”: A setup for stunning visuals 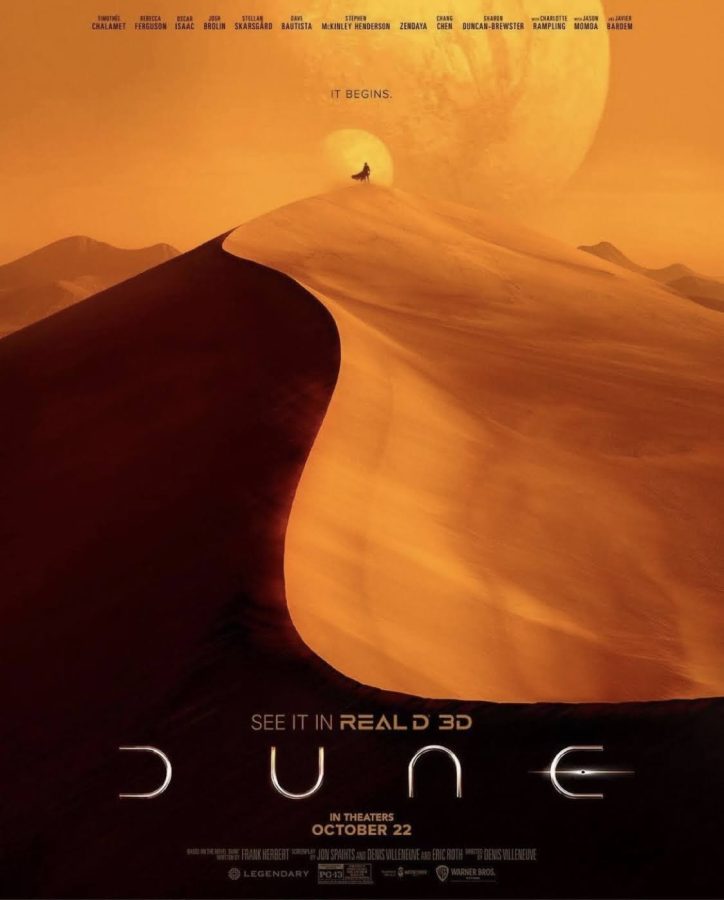 “Dune’s” biggest strength comes from its outstanding cinematography and cast. Director Denis Villeneuve allows his audience to see various shots that were inspired by his previous work, including “Blade Runner 2049” (2017), “Arrival” (2016) and “Sicario” (2015). However, what “Dune” lacks is its pacing and storytelling. It’s a dialogue-heavy film that the audience is forced to listen to until the action finally arrives. On top of that, “Dune’s” promotional content can be very misleading. For instance, Zendaya, who plays Chani, had a screen time of only 10 minutes despite being the face of the numerous “Dune” trailers.

There are other notable actors to point out that made this film as good as it is. Jason Momoa (Duncan Idaho), Josh Brolin (Gurney Hallack) and Dave Bautisa (Beast Rabban Harkonnen) all contributed to the film.

This film had a variety of mixed reviews. Chris Stuckmann, a YouTube movie critic said, “The action set pieces were phenomenal, but the focus was almost always on the characters.” The downside of “Dune” is how foundational it is, as it only exists to set up the overarching story.

John Anderson’s American Magazine article sums up the movie’s lacking story. He said, “With plans to continue the story into a second movie, Villeneuve starts spinning his wheels in the sand about halfway to a sandwormy destination. It is terribly disappointing.”

Other critics are saying that the film has a “self-contained world” and that technical elements work well––and they’re not wrong. The film itself has excellent use of its mono-color and orderly worldbuilding. Villeneuve knows how to put us in a world where his own merits and knowledge of imagery shines.

Despite its flaws, “Dune” has gained a variety of positive reviews. As of right now, “Dune” is certified fresh on Rotten Tomatoes with a score of 83% and an audience score of 90%.

Though there are flaws, this movie was still informative, setting a foundation for the now confirmed sequel, “Dune: Part Two.” With outstanding visuals and a powerful cast, “Dune” is now streaming on HBOMax and a theater near you.