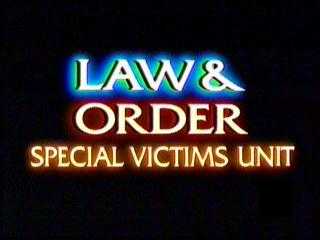 “Law & Order: Special Victims Unit” is the longest running television series in the United States with 21 seasons and over 450 episodes.

A crime television series gives viewers the chance to come alongside characters as they investigate murders, apprehend criminals and diffuse tense situations. After wild car chases and shootouts come swift court proceedings and sentencings, all in one episode. The scenarios might be thrilling and fun to watch, but  how real are they?

If you ask professors around the University of New Haven campus, they will tell you  that crime shows are simply not an accurate representation of how the real criminal justice system works.

Criminal justice professor and nationally-recognized expert Michael Lawlor said, “In the real world, all but the most serious, complex cases are resolved by plea ‘bargains,’ usually agreed to in private meetings with lawyers and the judge.”

This may be a surprise to our crime-drama loving readers. The real world doesn’t  romanticize crime like shows on television. The majority of cases are concluded behind closed doors with little fanfare.

I experienced this firsthand when I interned at the Worcester County District Attorney’s Office in Worcester, Mass., this past summer. I spent many mornings sitting in the back of a courtroom watching defendants file in, sit among each other, and speak before the judge in rapid succession. In the span of an hour, a courtroom could have over 30 people pass through and present their cases or deals to the judge.

Professor Lawlor said , “Almost without exception, everyone involved in a criminal justice prosecution (except for the lawyers, judges, and court house staff) is disappointed, if not horrified, at the casual way decisions seem to be made.”

Crime television shows often make it seem like all crimes, regardless of their severity, are attacked with vigor in the courtroom, with aggressive lawyers  and graphic evidence carried in biohazard containers.

Another example of an inaccuracy is the film, Silence of the Lambs. The film follows Clarice Starling, an FBI trainee as she takes on a case far beyond her experience.

Former FBI agent and current criminal justice professor Russell Dalrymple said: “Armed with a badge and a gun, FBI agent trainee Starling begins tracking the serial killer, often on her own and with little, if any, supervision. Trainee Starling’s investigation eventually leads her to the serial killer’s door for a final showdown between good and evil. As with most crime dramas, reality took a back seat to ratings and the box office.”

The criminal justice system does not work at a fast pace, and it is extremely  selective when it comes to cases that are strongly pursued. Stereotypes and profiles are used in crime shows to make them more relatable and interesting, but they just don’t get that right. While crime dramas may make the criminal justice world seem more exciting, the reality can be much more grim. So, enjoy your shows, but remember that Hollywood isn’t reality.