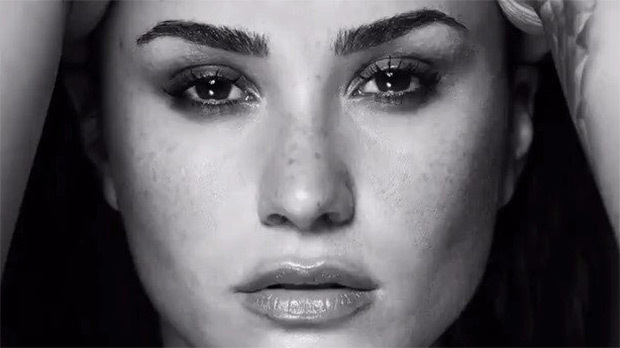 With her first new album in two years, Demi Lovato has done it again. Tell Me You Love Me was released on Friday, Sept 29 and instantly reached number one on iTunes. The album has twelve songs, while the deluxe edition features fifteen.

Fans are happy she has returned with new music and are loving the new album.

“I hope that my fans will be able to relate to something on the album, whether it’s about heartbreak or falling in love,” Lovato said in an interview about the new album with Apple Music.

“Sorry Not Sorry,” was released as a single in July, which gave listeners a taste of her new sound. The music video for the song was filmed during a house party Lovato hosted in late June. The video shows Lovato and her friends having a blast.

“Instruction (ft. Jax Jones and Stefflon Don),” is the biggest dance song off this album. Which makes sense since the song is about hanging out with friends on a dance floor as indicated by the lyrics, “All my ladies Wine to the left, sway to the right Drop it down low and take it back high.” “Games” is another song that gives off a dance vibe.

“Sexy Dirty Love,” showcases Lovato’s new sound that she was going for in this new album. The song gives off the impression of a dance song and is very catchy. Lovato said that “Tell Me You Love Me” is her favorite song off the album. “Cry Baby” is a fan favorite that showcases Lovato’s vocals with a catchy guitar-riff intro.

In collaboration with Vevo on Demi’s YouTube channel, Vevo x Demi Lovato was posted Friday (Sept. 29) afternoon. “Sorry Not Sorry,” and “Tell Me You Love Me” were among the two featured songs.

Both videos for the songs featured Lovato with a huge ensemble of performers behind her along with a band. The collaboration with Vevo helps listeners see the passion Lovato puts into her songs and features raw vocals.

“I think fans will be the most surprised with ‘Lonely,’ Lovato said in an interview about the new album with Apple Music. “Lonely,” features Lil Wayne, who adds his own touch to the song.

The album shows off the new sound Lovato was going for as well as shows off her past sound. The title captures the theme of the album: love.

“I am proud of this record. I hope you love it as much I do,” Lovato posted on her Facebook page.

Each song describes love and heartbreak in a way that can relate to both fans and listeners. Lovato wrote more than half the songs on this record and takes the listeners into her mind and emotions.