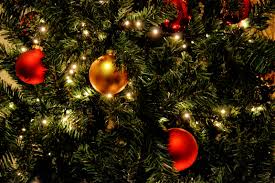 With an amazing cast, the right amount of comedy, love, and tears, and a twist ending “Last Christmas” is the perfect movie this holiday season..

In “Last Christmas,” Kate \ works at a year-round Christmas store, though her dream job is to be an actress and singer. After moving out of her apartment she shares with a friend, she has nowhere to go. She meets Tom, who os standing outside the Christmas store. He convinces her to go home and stay with her parents, though she is wary because of how poorly they treated her after she needed a heart transplant.

Kate and Tom start to spend time together. While Kate rekindles her relationship with her family, she learns how to see the world in a different perspective. Tom thelps Kate find new and fascinating things she never realized where in the city in which she grew up.

“Last Christmas” also has a lot of comedic parts that will leave you and the rest of the theater laughing along with the characters.

The movie’s soundtrack helps the plot. Kate is fascinated by WHAM!, the musical duo of George Michael and Andrew Ridgeley. Their music is played throughout the movie and the movie is named after their song, “Last Christmas.” Andrew Ridgeley also makes a cameo at the end of the movie.

“Last Christmas” is a romantic comedy anyone who wants to see a feel-good holiday movie should go see.