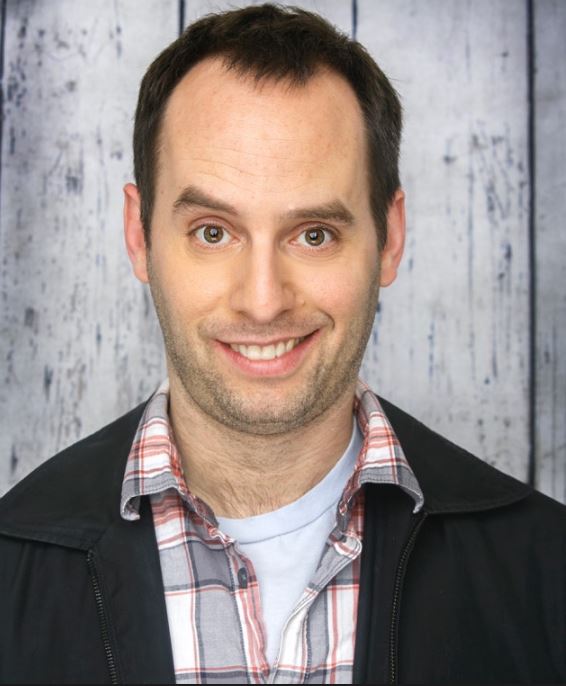 Wecksell, is a returning entertainer, famous for a blend of music and humor, while his jokes capture the embarrassment and awkwardness that come with being a socially awkward young adult.

Since 2004, Wecksell has been famous for his unique take on comedy, using guitar and songs in his shows. He typically covers subjects relatable to the current generation of teens and college kids, according to his IMDb biography.

He has appeared on shows such as America’s Got Talent and Conan, while performing at large venues such as the Big E. Wecksell primarily tours various colleges and high schools across the United States with an audience of men and women from their early teens to their early twenties.

Wecksell introduced the audience to the show by asking the audience to refer to him as ‘Nickelback’ if they dislike him, and ‘Maroon 5k’ if they enjoyed him. He continued to jab at the famous band for their recent successes such as their collaboration with Cardi B and plans to play at the 2019 Super Bowl halftime show.

Most of his jokes and songs revolved around people who prefer to stay inside and spend time on the internet. Though the websites he mentioned are purposefully outdated, Wecksell entertained the audience with several “Take-That”’s to people who like to avoid human contact with his song “Man on the Internet.”

Other acts included a special mad-libs-esque song to Bruno Mars’ famous “Just the Way You Are”, replacing words such as “Face” with “Big Toe” or “Kidneys” and singing about how wonderful seeing a person with Herpes is.

Audience participation is brought to life in Wecksell’s show. People who braved the stage at the comedian’s insistence played along to make the night fun for both them and the audience. Whether it was to play the role of a main character in a song and receive nicknames such as “White Angus,” or for Wecksell to give them a special theme song they could do the Macarena to, the audience had a ball the whole way through.