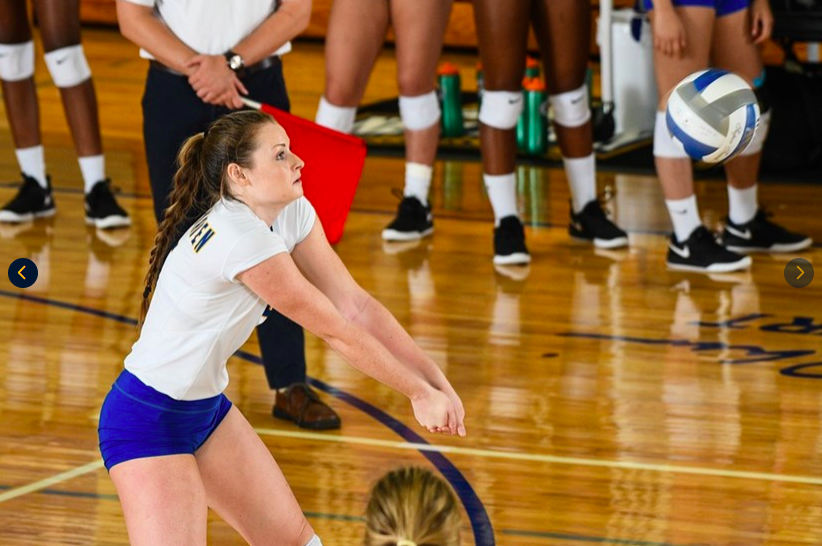 The Chargers took a tough loss at home to St. Anselm on Tuesday as they were swept in three sets, knocking them out of the NE-10 Tournament.  The Chargers entered the tournament as the number one seed. The Chargers now fall to 25-5 on the season as they await the NCAA selection show on Sunday Nov. 15 which will determine whether or not they make the NCAA Division II East region Championship.

The Chargers just defeated the Hawks on Saturday in five sets and were able to overcome struggles of being down. With strong play and determination they were able to bounce back from the blows. The Hawks were determined to come back and seek their revenge after winning the three-way tiebreaker for the  eighth seed in the NE-10 Tournament.

The Chargers were not playing like their dominant selves and it showed on the court. St. Anselm was playing with a vengeance and capitalized on all Charger mistakes. The first set was closely contested as St. Anselm was able to take it 25-21. But, New Haven battled back in the second set, going back and forth with the Hawks. With the set 24-21 in favor of St. Anselm, the Chargers were able to go on their usual run to get back in.

Forced errors were a huge deal for Chargers as they had 17 errors compared to 12 by St.Anselm. St.Anselm led in points and kills percentage. New Haven committed seven errors in the final set compared to St. Anselm’s two, which proved to be the killing factor. The Chargers were led by Nowicki who finished with 12 kills and two blocks. Sophomore Camille Garden continued her strong play to end the season as she contributed 9 kills and three blocks.

The loss marked the Chargers first loss at home all season. They also  snapped their record of 28 consecutive wins at Charger Gymnasium dating back to Nov. 2016. The Chargers now await their fate for the NCAA Division II Tournament.