Chargers fall to No. 19 SNHU 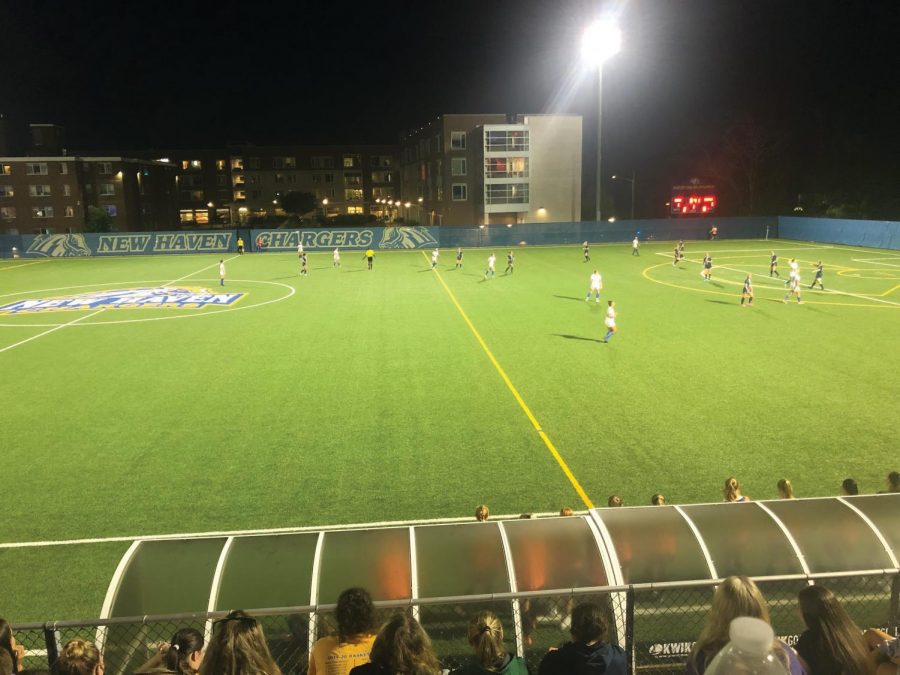 In a 3-1 loss on Saturday night, the Chargers’ women’s soccer team fell to No. 19 Southern New Hampshire University.

In the NE-10 matchup, the Chargers hosted the Penmen, looking to turn things around after dropping back-to-back one- goal contests to Stonehill College and Bentley University.

The Blue and Gold backline, led by goalie Paige Davis who totaled 11 saves on the night, held strong against the attacking front of the Penmen. In the 20th minute, a Chargers counter attack found the back of the net. Clearing danger out of the defensive third, Vickie Fleming found Dakota Cimetta cutting through the center of the field. Cimetta chipped a shot over Penmen keeper Z Kaplan from the yellow line and found the back of the net, breaking the stalemate giving the Blue and Gold the lead.

After the goal, the Chargers increased their intensity but the Penmen showed why they were are nationally ranked, quickly the Penmen responded by striking four minutes later and leveling the match with a strike from Julia Keller.

The Penmen would rattle off two more goals in the 39th and 48th minutes to take a commanding 3-1 lead. To go along with the lead, the Penmen dominated possession passing around the Chargers and taking advantage of mistakes. The attack continued as the Penmen out shot the Chargers 21-3 on the night.

This marks the third straight loss from the Chargers after starting the year 3-0. New Haven returns to the pitch on Sept. 21 when they travel to Saint Anselm College for a NE-10 matchup with kickoff at 4 p.m.