The Charger Bulletin • May 1, 2017 • https://chargerbulletin.com/chargers-baseball-sweeps-doubleheader/ 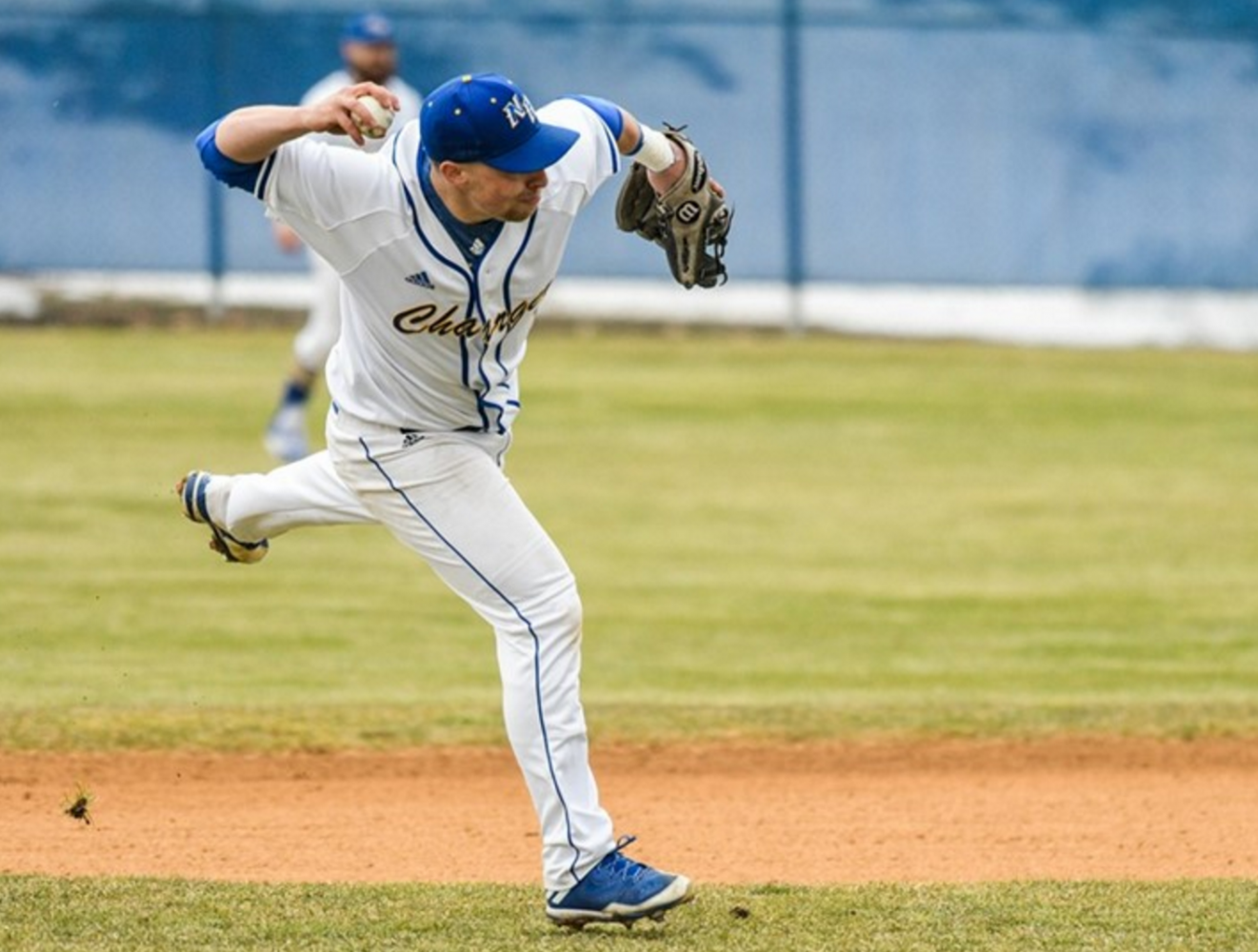 The University of New Haven Chargers baseball team swept a Northeast-10 Conference Southwest Division doubleheader on Sunday, April 30. They downed LeMoyne College 5-0 in the opener, and 2-1 in the second game of the day.

Both wins were credited to solid starting pitching and a strong bullpen of relievers, as well as run support at the plate.

With a final score of 5-0, the Chargers looked to continue this momentum through the second game.

The Chargers got on the board first again, with Matt Chamberlain and Tom Walraven scoring runs in the bottom of the third inning. Chamberlain crossed home on a groundout by Robert Petrillo. A single by Nick Perelli and a double by Zagaja brought Walraven home.

Through six innings, starting pitcher Vincent Aprea allowed one run. The LeMoyne Dolphins threatened in both the seventh and eighth innings, putting runners in scoring position, but Will Aldam, Connor Moriarty and Josh Walker combined for three scoreless innings.

Aprea is credited with the win, his second of the season, and Walker the save, also his second.

Zagaja led the team with three hits and four RBIs for both games; four players had two hits.