+ Good news: Nearly everybody survived Santa Con and is back for the spring semester.

+ Better news: The tree turbine moved a grand total of six and a half times this week, meaning winter will end six weeks early! 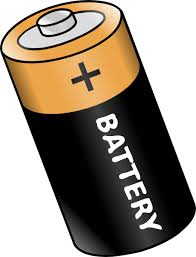 – Bad news: Richard Rotella took surviving Santa Con as a sign that he should come back to campus for round two of his post-grad haunting.

– Worse news: The Jonas Brothers made a brief comeback with the arrival of winter storm JONAS, which caused sales of “SOS” and “Burnin’ Up” to soar on iTunes in an effort for 90’s kids to make the same “ironic” joke.

Everybody’s back for the spring semester, and that includes Mother Nature. Hope everybody brought their snow boots and stocked up on all the blizzard essentials (chocolate, coffee, beer, maybe a snow scraper or two if you have car), and let’s especially wish the professors who have classes on Mondays the best of luck!