CDC Confirms Second Case of Coronavirus in the US 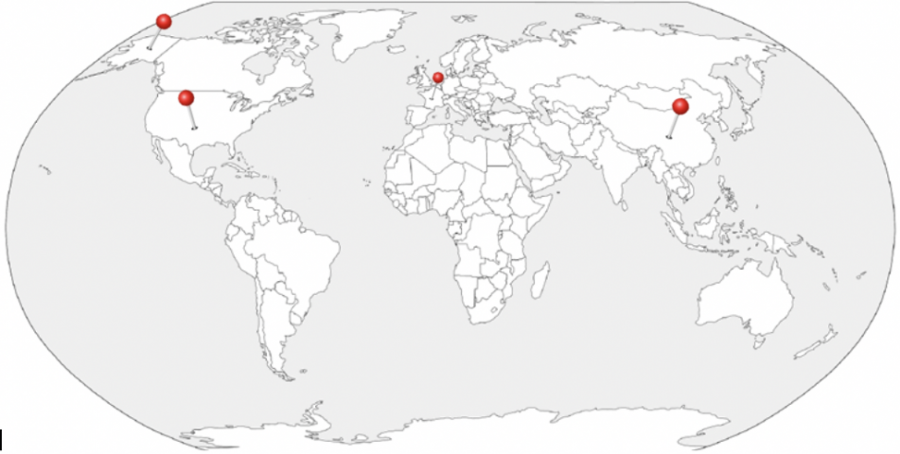 Countries that have confirmed cases of the Coronavirus

The Center for Disease Control and Prevention (CDC) confirmed the second case of the deadly coronavirus late last week.

The CDC is also reviewing 61 additional possible cases from 22 states, including the first US case in Washington and the second one in Illinois.

Health officials say that the second case, a Chicago woman in her 60s, is in a stable condition. The woman had traveled to Wuhan, China in December where an outbreak of respiratory illness caused by this novel coronavirus has been ongoing since December 2019 and returned to her home state Illinois.

The woman didn’t show any symptoms on her flight back to Chicago but called her doctor days later after arriving home because she began to show symptoms. According to a press release from the CDC, the woman was hospitalized and has been kept in isolation.

In a press conference on the second case of the virus, director of the CDC’s National Center for Immunization and Respiratory Diseases Dr. Nancy Messonnier said that there is still a lot of unknown information regarding the coronavirus.

“We don’t have all the information at the level of detail that our scientists would prefer,” said Messonnier, “You know CDC scientists and we want to see every tidbit of data ourselves and that’s not the situation we’re in right now. We are in more of a waiting mode, waiting to see what our colleagues from China are releasing.”

According to the CDC, the first case of coronavirus in the US involved a Washington man in his 30s who had recently returned from a trip from Wuhan, China on Jan. 15. The patient sought medical attention at a facility and was treated for the sickness.

According to the CDC, coronaviruses are “a large family of viruses, some causing illness in people, and others circulate among animals, including camels, cats, and bats.”

The virus was first thought to be transmitted from animal-to-person, according to the CDC, but there have been recent indicators, including the latest outbreak, that the virus transmits from person-to-person.

The CDC recommends postponing or canceling all flights and travel plans to China and avoiding contact with people showing symptoms of an illness or sickness.

On-campus Health Services director at the University of New Haven Paula Cappuccia says that she spoke with the Connecticut Department of Public Health Epidemiology and Emerging Infections regarding the coronavirus and they recommend keeping clean and avoiding close contact with people who seem ill.

“As concerns about the Coronavirus mount – Health Care Officials are still concerned about the Seasonal Flu which continues to spread at an alarming rate,” said Cappuccia, “We highly recommend that those who have not yet received a Flu Vaccination due so ASAP, it is not too late.”