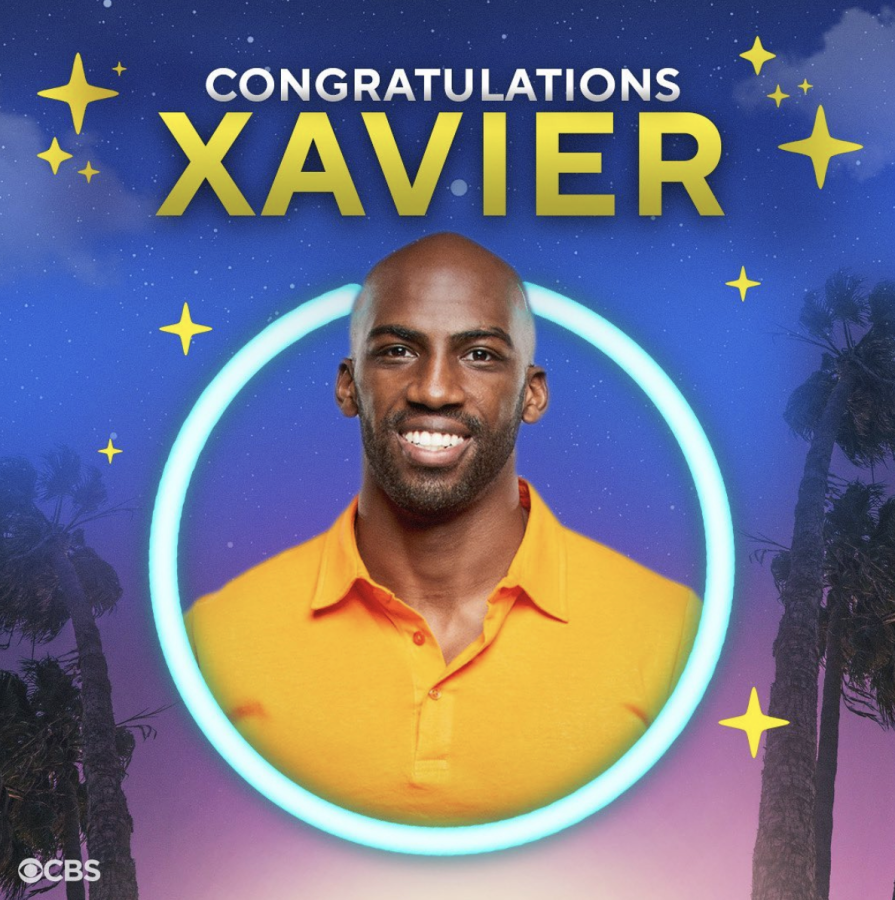 A congratulatory ad made by CBS.

After 23 seasons of the reality competition television series, “Big Brother,” Xavier Prather was crowned the winner on Wednesday night as the show’s first African American winner. This marks an incredible achievement for the Black community and the houseguests fighting for the $750,000 prize.

The show’s format is similar to a Dutch reality show of the same name. A group of contestants, known as “houseguests,” live together in a specially constructed house that is isolated from the outside world for a cash prize. The contestants are constantly monitored throughout the season with houseguests having to be evicted by being voted out by others. Houseguests commonly form alliances.

One of the most prominent alliances in the “Big Brother” house this season was named the “Cookout,” made up of six Black houseguests. This secret alliance dominated the competition and fought its way to the final six. Their goal entering the house was to stick together, represent the American Black community and advance to the final night.

The “Cookout” continued to fly under the radar throughout the entire season, keeping their alliance a secret from other houseguests. They were able to win Head of Household and Power of Veto competitions without trouble, and they managed to send every other houseguest out the door, leaving the final six “Cookout” members the only ones remaining.

This plays a significant role in how the Black community is perceived on television. The alliance’s ability to maintain a low profile throughout the entire season and continue to dominate its competitors is a huge accomplishment.

One of the members of the “Cookout,” Azaha Awasum, shared her testimony, saying: “Big Brother’ having its first African American winner is incredibly important to me and I want that winner to be me. I want to use that $750,000 to buy my parents a house and that’s what keeps me motivated. I can visualize and see myself winning. I feel like I’m going to win.”

Unfortunately, Awasum’s dream of winning “Big Brother ” did not come true. Although she was able to make it to the final three, she was evicted on finale night.

The runner-up, Derek Frazier, won $75,000. Prather plans to positively represent the Black community as the winner of season twenty-three, and hopefully make a positive impact on future seasons to come.