Cast Albums You Should Listen To

Next to Normal, Original Broadway Cast – 2009 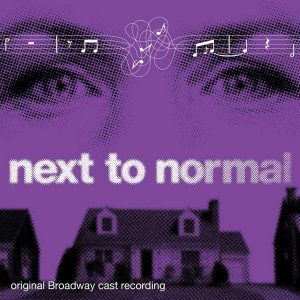 This rock musical, by Tom Kitt and Brian Yorkey is absolutely haunting. It is Tony nominated and Pulitzer Prize winning. Next To Normal tells the story of the Goodman family, where matriarch Diana (Alice Ripley) is dealing with worsening bipolar disorder. The story is the toll it takes on every one of her family members. It expanded the scope of subject matters that musicals deal with. Listening to this one on shuffle, or just picking select songs is risky because of major spoilers throughout. Next To Normal is definitely meant to be listened to straight through.

For over 50 years, West Side Story has remained a classic within the musical theater catalogue, with lyrics by Leonard Bernstein and music by Stephen Sondheim (in his debut as Broadway composer). In addition to the 1957 cast recording, 2010 Broadway cast recording and the 1961 film soundtrack, the songs from West Side Story have been recorded, reworked and covered many times. In 2013, the San Francisco Symphony recorded West Side Story live, featuring Cheyenne Jackson (All Shook Up, Xanadu) as Tony, Alexandra Silber (Fiddler on the Roof), one of the best sopranos in modern musical theater, as a gorgeous Maria, and Jessica Vosk (Fiddler on the Roof) as a fiery Anita. This new recording was Grammy-nominated, and a fresh take on a classic.

Fun Home opened on Broadway in April 2015 after a successful off-Broadway run at The Public Theater downtown. The cast album is a reworked version of the off-Broadway release, redone to reflect make it easier to follow and to reflect the cast changes made, most notable Emily Skeggs taking over the role of Medium Alison from Alexandra Socha. The cast album is unique in that in between songs are tracks of dialogue. The plot of the show isn’t lost if you never see the show. The score of Fun Home made history, as the first all-female team (Jeanine Tesori, music, and Lisa Kron, lyrics) to win the Tony for best score. Fun Home is also the first Broadway musical with a lesbian protagonist. Based off the graphic novel and life story of cartoonist Alison Bechdel, the musical tells the story of Bechdel growing up, coming to terms with her sexuality and trying to understand the relationship she has with her closeted gay father. It’s told in three different time periods simultaneously: when Bechdel is age 10, a college freshman, and 43 years old.

In The Heights, Original Broadway Cast – 2008

As Hamilton hype is sweeping the entire world, it’s worth looking back to 2008, when Lin-Manuel Miranda’s first musical premiered. In The Heights, starring Miranda and Christopher Jackson (both currently in Hamilton), has music and lyrics by Miranda, with a book by Pulitzer winner Quiara Alegría Hudes. In The Heights tells the story of Dominican-Americans in Washington Heights featuring a large cast of characters. Mainly, it follows Usnavi (Miranda), a bodega owner. Usnavi acts a narrator when important information is conveyed to the audience. Like Hamilton, In The Heights is very heavily rap based, with Spanish lyrics and influences. The cast recording is extremely energetic, which makes for a great time listening. Like the other cast albums mentioned, this one is easy to follow without any visuals.