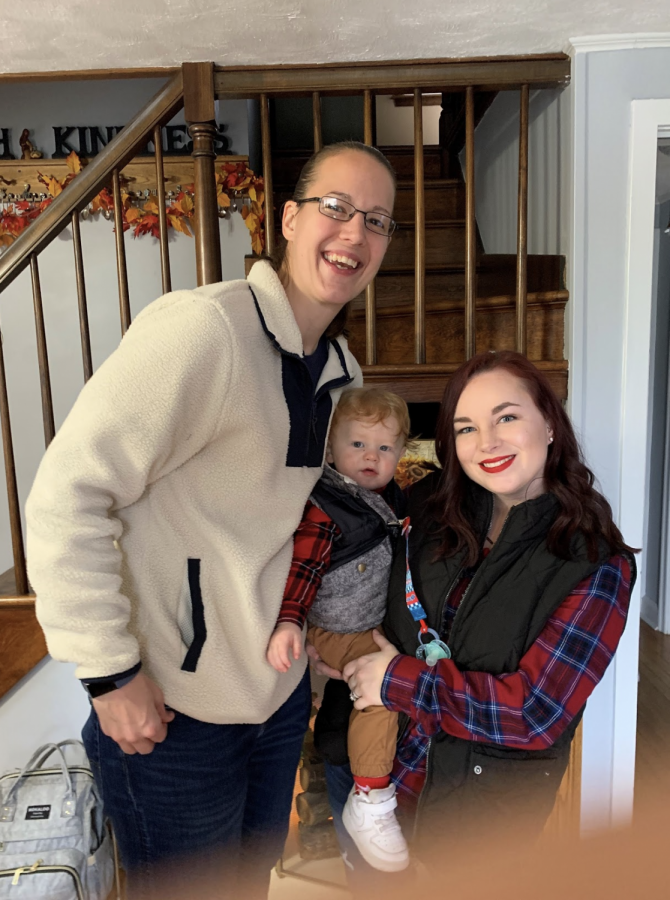 Robinson and her family.

2020: the year of a pandemic, Black Lives Matter protests, a presidential election and a riot has finally come to a close. As 2021 begins a new chapter, so is the University of New Haven, with the recent hire of Carrie Robinson as head of the Myatt Center for Diversity and Inclusion.

In a Jan. 20 email to the university community, Lorenzo Boyd, vice president for diversity and inclusion and chief diversity officer, announced Robinson as the new director. “Carrie brings over a decade of progressive work experience and strategic leadership in student affairs in higher education to the University,” he said.

Robinson joins the Charger community with a well-developed resume, previously working as a residence hall director and part-time employee at ECSU’s pride center. Then, at Fairfield University, she was a residence hall director for their social justice living and learning community, and the assistant director – and, later, associate director – for their student diversity office. Most recently, she worked at Trinity College as director of LGBTQ+ Life in their Office of Diversity, Equity and Inclusion.

Robinson said to The Charger Bulletin that she was interested in this position because she wanted to work in diversity and inclusion on a larger scale.

“The direction that New Haven is going in as far as diversity and inclusion work really intrigued me,” Robinson said. “It really seems to be an investment from everyone in the conversations that I’ve had… that’s just an environment that I want to be a part of.”

Robinson says that her main goal in her first few weeks is to listen to students, faculty and staff, find out their needs and develop an action plan based on that.

“I want to make sure that the Myatt Center is still a place that students feel safe, feel like they have a home in,” Robinson said. “I think it’s important that students of all backgrounds feel that they have a place at the Myatt Center — feel like they can walk through the doors and kind of let those masks down or let those identities down and just be authentic in that space.”

Robinson hopes that through her position, students will be able to gain knowledge about people’s various identities, awareness of personal identities and how it interacts with other people and prepare them for the possibility of difficult situations outside of college.

Robinson also said that she is excited to work with students as well as other community members, including Boyd and Zanaiya Leon, senior coordinator for leadership and diversity and inclusion.

Boyd said that Robinson stood out from other applicants. “She was ready to come in on day 1 and immediately contribute to the students who are served most often by the Myatt Center.”

Boyd and Leon said that they would be working with Robinson. Boyd said that he plans to collaborate with Carrie in all aspects of diversity, equity and inclusion in regard to student affairs while Leon said they’ll be creating plans for Women’s History Month and Black History Month.

“I’m just excited to join the Charger community; I’m excited to do the work,” said Robinson.

The Myatt Center for Diversity and Inclusion will be hosting events for Black History Month and others throughout the year. Email [email protected] for more information.