Broadway is With Her 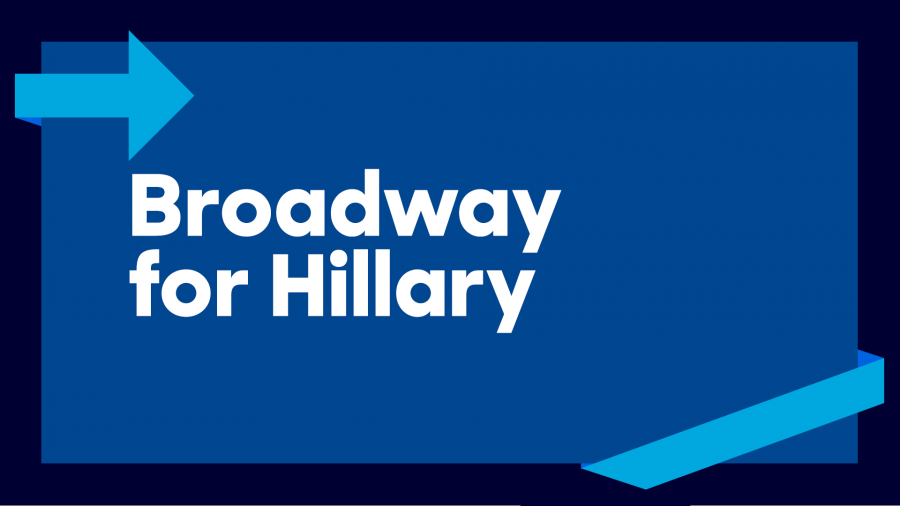 The Broadway community has always been viewed as a tight knit family. With many of

the same shared ideals and backgrounds, the Broadway community has come together

even more this past year to support their presidential candidate of choice: Hillary

Democratic candidate, the communal support really began after the Democratic

National Convention, and as the idea of a Trump presidency began to sound like more

and more of a threat to performers and writers in the Broadway community.

campaign, where a special performance was added with the ticket money going to her

Messing, Darren Criss, Michael Urie and many more, was invited to perform at the

Actors’ Equity Association, the labor union for stage actors, released a statement on

August 30, 2016 that officially endorsed Clinton as their presidential candidate. In the

103 year history of AEA, the union has never endorsed a presidential candidate.

In the statement, AEA President Kate Shindle wrote, “Our union has historically chosen

to remain nonpartisan and above the fray. But at such a critical time in our country’s

history, this union does not have that luxury if we hope to protect our members. We

have to fight with everything we have for our survival.”

Clinton was honored to receive the endorsement and issued a statement following it.

against them. That means making it possible for every child to live up to his or her God-

given potential, no matter where they come from, what they look like, or who they love,”

Over the past two months, the coalition Broadway for Hillary has become more and

On the first day of phone banking for the Clinton campaign, Broadway for Hillary held a

On September 18, members of the host committee along with Broadway actors,

Renee filtered through the event, making calls for Clinton. The Broadway for Hillary

team wanted to raise awareness for how important calling is in a campaign. Attendees

also were trained and educated on further steps to take in campaigning.

Fund. Bill and Chelsea Clinton were both in attendance and spoke at the event. Hillary

appeared in a pre-recorded video message.

special consultant Diane Paulus were all involved in the one night only benefit as well.

the Hamilton number “Ten Duel Commandments,” rewritten to outline what to do

leading up to election day, including &quot;Number Two: Call some undecideds with your

crew, your cousins in Ohio, maybe try to flip them blue.&quot;

Peters performed “Children Will Listen” from Into The Woods, and in response, Chelsea

Clinton said, “What is at stake in this election is the future we want our children to grow

up in, and whether or not we’re going to have a country we can be proud of, so that all of

us can be ourselves.”

banding together. Like Clinton’s campaign slogan, and the values her campaign is built

on, they too are Stronger Together.