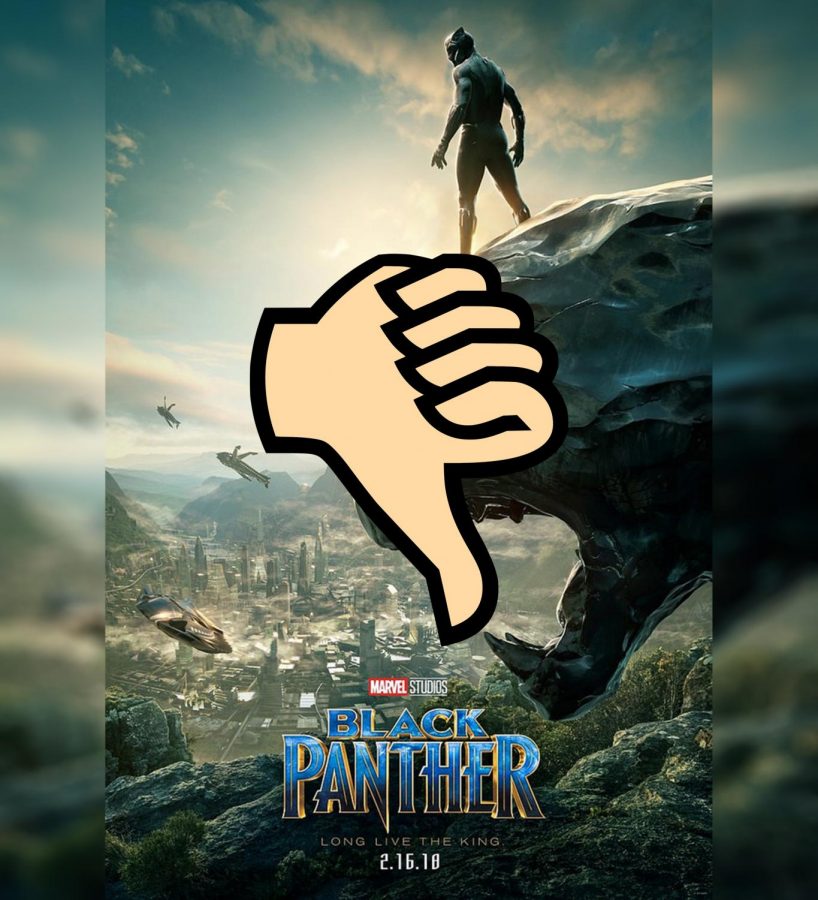 “Black Panther” is a cultural phenomenon and to say otherwise would be absurd. It is the highest-grossing solo superhero movie, in the top ten highest grossing movies of all time, and of course is the first superhero movie to be nominated for the most recognizable film award, the Academy Awards’ Best Picture.

But even though “Black Panther” has written history with this tremendous accomplishment, I believe it is not worthy of the nomination.

Before I continue let me be clear: just because I believe “Black Panther” doesn’t deserve the nomination does not mean you as an audience member are not allowed to like and enjoy the movie. Even revisiting the movie for the third time, I enjoyed it as well, but I still notice the multiple flaws that keep “Black Panther” from being a best picture film.

One of the glaring issues is the inconsistent performance of the cast. In this film, we have incredibly popular African American actors such as Chadwick Boseman, Michael B. Jordan, Daniel Kaluuya, Lupita Nyong’o, Sterling K. Brown, Forest Whitaker and many more. Every one of these actors is talented in their own right, but when placed together on the screen there is a notable lack of chemistry between the characters. This is most noticeable with T’Challa (Chadwick Boseman) and Nakia (Lupita Nyong’o). When the two are on screen, there isn’t a sense of a distant romantic tension of ex-lovers, but exposition that drags and brings the film to a grinding halt. This is a problem throughout the entire movie.

There are also multiple scenes where the characters are standing or sitting around speaking words that aren’t important to the story. This is strange for a Marvel film, as they have been able to insert expositions within scenes that contain energy and excitement, which in turn keeps the audience engaged. The exposition scenes in “Black Panther” would not be so scrutinized if the fight choreography and camera work of the multiple fight scenes weren’t so expertly done. It creates a divide where the audience wants to get to the action and forget the sandpaper dialogue dumps.

Another flaw, that if corrected could have elevated the film, was the absent soundtrack. When you have a soundtrack directed by Kendrick Lamar, arguably one of the most notable rap artists of this generation, that soundtrack should be used and not just thrown away with a song here or there.

Though I don’t believe “Black Panther” should be nominated for best picture, it is necessary in film history. “Black Panther” has opened the doors for superhero movies to be taken seriously as art, rather than just as movies to keep the family entertained.  These unprecedented accomplishments show movie corporations that the public wants more films with minorities in leading roles achieving incredible feats.