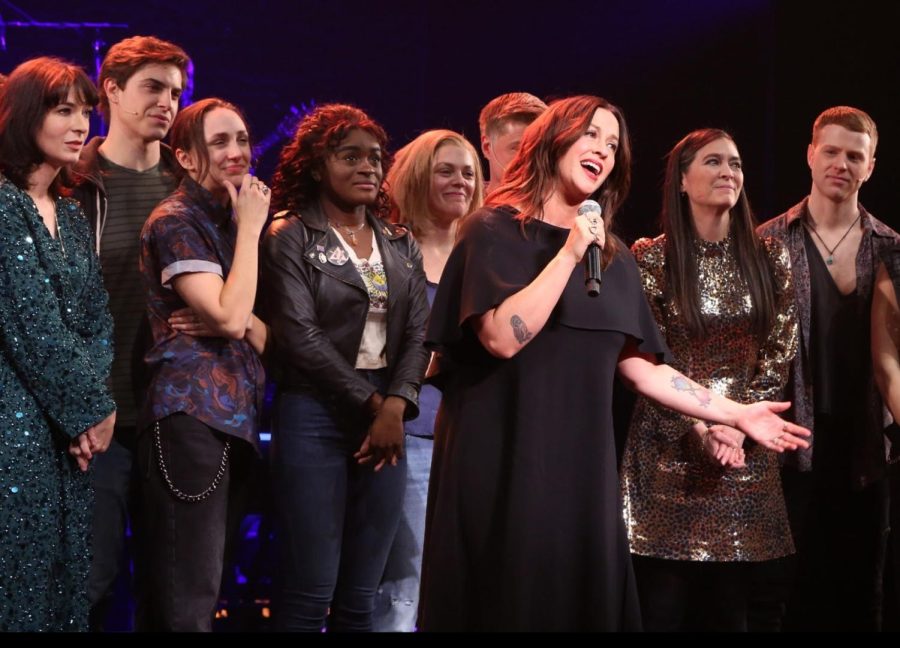 The lights have been out on Broadway for over 18 months; while the crowds are flooding back into their seats for its reopening, so are the controversies behind the scenes. Most recently, claims against the creative crew of Tony-nominated musical “Jagged Little Pill” have been spreading across the internet. The Alanis Morissette Jukebox musical–which began readings and workshops in 2017, previewed in 2018 and debuted at the Broadhurst Theatre in 2019–is still showing on Broadway with performances resuming on Oct. 21.

As the cast began rehearsals for their return, accusations were made claiming mistreatment of the casts’ gender non-conforming members. In previews of the show, Jo Taylor is a nonbinary character portrayed by Lauren Patten, a cisgender woman. Some were unhappy, upon initial preview, that a cisgender woman was playing a non-binary character from the start, but Patten remained in the role for more than three years.

All mention of Jo being gender non-conforming left the show as soon as it hit Broadway in 2019. Fans also pointed out that Patten is now referring to the character of Jo on social media with “she/her” pronouns, after previously using “they/them.”

Producers claimed that Jo Taylor has never been written as or even thought of as non-binary, but as “a young person on a journey of self-clarity.” As of Sept. 17, the show’s producers released an apology statement and have promised to revise the scripts and begin casting gender non-conforming actors to better relate to the character.

Ensemble-member Nora Schell spoke out against the neglect and mistreatment they endured from the show’s production crew.
They said, “During previews… I was intimidated, coerced, and forced by multiple higher ups to put off critical and necessary surgery to remove growths from my vagina that were making me anemic… it was surgery my doctor told me was urgent.”

Schell said that they put this surgery off for over a month so that the creative team did not lash out against them and, during the recovery, they said that support was very minimal.

As the returning cast has been announced for October performances, Schell was not included; they made the decision to no longer continue business with the show.

Fellow cast member Celia Rose Gooding, who has played the role of Frankie Healy since 2017 released a statement, saying that she “cannot ignore the harm ‘Jagged’ has done to the trans and non-binary community, including cast members on stage, off stage and behind the scenes in the production making process.”

Gooding also said, “I believe it will be in my best personal interest to focus more on work that I can align myself with emotionally and morally, just as Frankie would.”

Antonio Cipriano, who plays Phoenix in the musical, also made the decision to not return to the show because of the mistreatment of transgender actors by the creative crew. While the crew of “Jagged Little Pill” has made multiple statements to do better and keep up their guard, fans and supporters are more than disappointed that this happened in the first place. Whether or not attendance will be back to normal come Oct. 21 is up to the show’s viewers.