The Athletic seeks to “make business extremely difficult” for newspapers 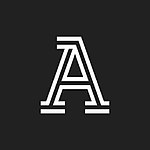 Alex Mather, the co-founder of the online sports journalism start-up The Athletic has one goal: to completely eliminate the traditional newspaper sports section, in favor of his subscription-based website.

Co-founder Alex Mather had a rather controversial statement in the New York Times on Oct 23. When asked about the website and its writers, Mather said, ““We will wait every local paper out and let them continuously bleed until we are the last ones standing; We will suck them dry of their best talent at every moment. We will make business extremely difficult for them.”

Those tactics, which sound more violent than sports journalism should ever warrant, are what grew The Athletic to what it is today, in addition to great timing and despite the controversy surrounding the statement, is what will help The Athletic continue to grow in terms of subscribers and contributors.

But what is The Athletic?

The Athletic is a subscription-based sports news web platform and corresponding application, that promises to make readers “fall in love with the sports page again.” They promise a no-fluff, advertisement free platform to showcase some of the best sports writers in the industry. The website looks like a cleaner version of any major newspaper’s homepage; it is reminiscent of the New York Times front page.

The Athletic has 7 major national sectors, with each sector having its own staff: NHL, NBA, NFL, NBA, MLS and NCAA football and basketball. From there, The Athletic covers major cities, with specialized staff assigned to the cities. Right now, there is blanket coverage for all major sports in eight American cities and the seven major sports cities in Canada. The website’s vertical for Toronto is still the most popular one, despite the website launching with the Chicago vertical. Many of The Athletic’s readership comes from NHL fans. Every professional sports team has at least minor coverage on The Athletic, with a majority of the coverage focusing on the cities.

The contributors on The Athletic range from regular writers to league insiders, to stats and analytics people. One thing most of them have in common is that they all were previously employed at either a major newspaper, or a major sporting news outlet such as ESPN in America or TSN in Canada. The Athletic came to prominence at a time when newspapers and media outlets were facing cuts and many personnel were laid off as a result. During the NHL offseason, it seemed like every day another prominent reporter was tweeting about how excited they were to be joining The Athletic in some capacity, be it as an editor, or as a reporter following a specific team beat.

The Athletic raised millions without advertising, and that, plus the money coming from subscriptions, which cost $7.99 if paid monthly or about $48 if paid annually, will keep the website running for a while, but is The Athletic really the future of the “sports page?”

For now, it seems like the only place The Athletic has to go is up. However, they’re still without city-wide coverage for one of the largest sports markets in North America – the New York Metropolitan Area. Between New York and New Jersey, there are 11 major professional sports team. There is coverage, but there isn’t the same kind of quality, in-depth reporting that teams in other cities have.

What happens when all the sports die-hards and people willing to pay just to read sports have already subscribed? What about the casual sports fan? If The Athletic is setting out to do what Mather intends, with waiting out every newspaper and coming out on top, top-notch sports reporting for free will become a thing of the past. The casual sports fan will lose.