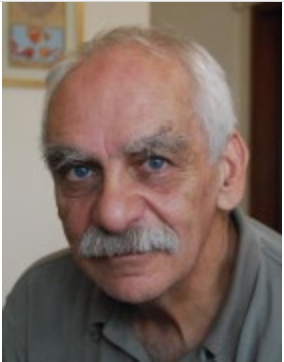 Robert Azzi, an accomplished photojournalist, columnist, and public speaker sees it as his mission to give Muslims a voice. On Oct. 15 he visited the University of New Haven to talk about his experience as a Muslim-American.

Azzi is a New Hampshire native with a Christian background. After moving to the Middle East in the late ‘60s, he converted to Islam after researching and interacting with the community.

“It was intellectual, it was emotional, it was spiritual, it was respectful, no pressure from anyone, and I took the leap a few years later, and I haven’t looked back since,” he said.

His experiences as a Muslim before and after 9/11 were drastically different and is a focal point of his discussions. According to Azzi religion became either a badge of honor or dishonor depending on your faith.

In 2016 Azzi started a program called“Ask a Muslim Anything,” which he says he created as a reaction to the islamophobia he saw during Donald Trump’s presidential campaign. Azzi said he felt a duty to be the voice for Muslims he knew were too afraid to speak up for themselves.

“I knew I had a lot less to lose than they did, and that somebody needed to counter these voices of racism, and anger, and exclusion, and marginalization, and disenfranchisement,” he said.

His work extends beyond his speeches. Early in his career, Azzi traveled the globe and used photography to tell stories.

“I realized number one I’m really good at this, and number two it’s the key to seeing the world,” he said.

His work was featured in publications such as Time, Forbes, and National Geographic, where it sometimes appeared on the covers. But the self-proclaimed narcissist says that even against the more famous photojournalists, he thinks his work was the best.

Azzi is the 2018 Nackey S. Loeb School of Communications’ First Amendment Award recipient. The company that funds the award, The Manchester Union Leader, has, according to Azzi, historically been conservative.

“I love it, and I’m thinking the guy who founded the newspaper is turning over in his grave somewhere,” he said, with a laugh.

The award will be presented to Azzi on Nov. 15 at the Palace Theater in Manchester, New Hampshire.